Sunday, March 1: Breakfast was a large omelette and a few pancakes followed by a cafe mocha a little later while I prepared my site for the start of March. There’s surprisingly a lot of little things to do. I really don’t know if that’s the last of today’s food. It wasn’t.

Sunday/Monday (March 1 & 2): A latte in the early afternoon kind of broke my fast, but I didn’t eat until 19 hours and 24 minutes after last night’s dinner disappeared. 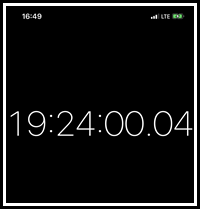 Monday/Tuesday (March 2 & 3): I had a hot chocolate after a gym session and then a protein bar before bed. I really should have resisted, but the workout was a pretty intense one. In the morning, I broke my “fast” 16 hours and 55 minutes after yesterday’s late breakfast. 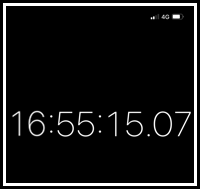 Tuesday/Wednesday (March 3 & 4): I ate again later. The fasting clock started around 5:30, but I again had a hot chocolate and a small protein bar after a pretty intense workout. This time, I restarted the fasting clock after that late night snack. Breakfast was begun 13 hours and 46 minutes later. Still a decent fast I think as it started after a snack instead of a large meal. 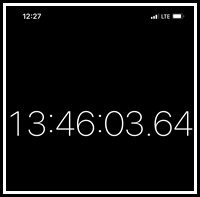 Wednesday/Thursday (March 4 & 5): I finished the day with a protein bar and a cafe mocha at 5:26 p.m. I exercised a couple of hours later, and I’m determined to make this a long clean fast. It’s now approaching the 4-hour mark. I made it through the night and now I’m at a nearby Starbucks with a safe Americano next time. My fast just passed the 1,000-minute mark. And I broke it just shy of 21 hours. 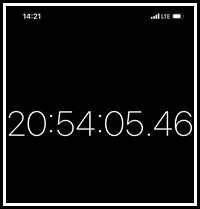 Thursday/Friday (March 5 & 6): It was essentially a one-meal day that consisted of a smoothie, some cereal, and some toast. The fasting clock started at 3:33 p.m., and since I didn’t go to the gym for a change, it was easy to go the rest of the day without eating anything else. As I type this on Thursday night, there’s a nice calorie-free green tea beside me, and the time is 11:20 p.m. I made it through the night and most of the morning. Having a couple of errands to run helped with that. My fast just passed the 20-hour mark and I just ordered breakfast. 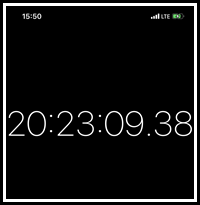 Friday/Saturday (March 6 & 7): I decided to skip fasting for the night and had dinner quite late. I ate less on Saturday than usual, but I also didn’t burn many calories.

Saturday/Sunday (March 7 & 8): I started the fasting clock quite late – I really could have not had that night meal. A shorter fast was the result, with breakfast breaking it at the 15 hour and 9 minute mark. 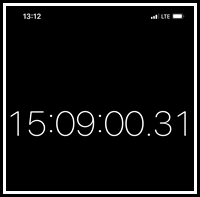 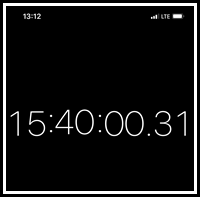 Monday/Tuesday (March 9 & 10): A late post-gym lunch ended the day’s consumption of calories at 4:44 p.m. Breakfast in the form of a banana smoothie broke a fast that was just over 16.5 hours. 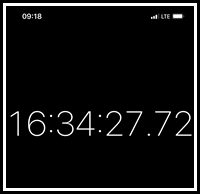 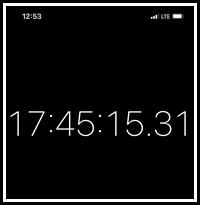 Wednesday/Thursday (March 11 & 12): I ate later in the day before heading to the gym. The fasting clock started at 6:46 p.m. I had a 60 calorie Powerade after a particularly exhausting and intense workout. I made it to work for the first time in a month without eating, and now I’m in a nearby Starbucks sipping on an Americano.  My fast in now approaching 15 hours. I began breakfast after 18 hours and four minutes of fasting. 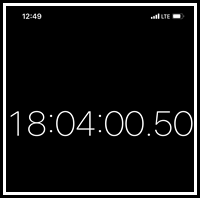 Thursday/Friday (March 12 & 13): Thursday, so far at least, has been a one-meal day. My fast started at 1:27 p.m. I ate again later at night after deciding not to go to the gym. My fast started the fasting clock at 8:58 p.m.I thought a long fast was on the cards, but a sudden email from my boss resulted in me having to do a couple of hours of unexpected work. The result was that I decided to eat before starting that. The fast was just a couple of minutes over 16 hours. Those 16 hours didn’t really involve any physical activity but I was feeling quite hungry. 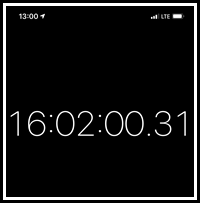 Friday/Saturday (March 13 & 14): The fasting clock started at 3:48 p.m., but I had a hot chocolate a few hours later ahead of a gym session. And I had a protein bar before bed. Thus, the fast was cancelled.

Saturday/Sunday (March 14 & 15): After breakfast/lunch at home, I started the fasting clock at 2:29 p.m. I did a little cheat again with a green tea latte 4.75 hours later after a brief weights session. Same as last night, I had a protein bar late at night so the fast was cancelled again. I’m not too bothered as I still ate less in the day than I used to.

Sunday/Monday (March 15 & 16):  The fast started at 2:42 p.m., but I had a hot chocolate a few hours later which was finished at exactly 6 p.m., well 5:59 p.m. to be honest, but 6 is close enough. And another protein bar late at night. Another fast cancelled, but again I’m not too concerned. I had a latte around 10:30 a.m. and the plan is to delay breakfast a while longer while I do some work on my trusty MacBook. 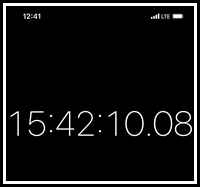 Tuesday/Wednesday (March 17 & 18): Tuesday was a one-meal day – the first in a while, and the fasting clock started at 1:26 p.m. It’s now 11 hours later, and I think I can do this. Well, before bed I had a small protein bar that contained 200 calories. In the morning, a banana smoothie broke a dirty fast of 19 hours. 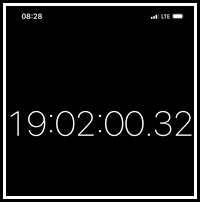 Wednesday/Thursday (March 18 & 19): The fasting clock started after a pizza and a little ice cream – you need to live a little sometimes. It’s now Thursday morning and I’m sipping on an Americano as my fast approached 15 hours. I broke my fast 2.25 hours later with an, omelette, a few small pancakes, a small protein bar, and a latte. That should be it for the day. Well, I had a cafe mocha soon after as I was doing work in a cafe and I had to order something. 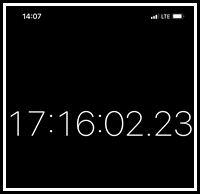 Thursday/Friday (March 19 & 20): Thursday’s fast was cancelled, and I ended up eating more than normal on Friday.

Friday/Saturday (March 20 & 21): The fasting clock started late at night after earlier starts failed. It’s now Saturday morning, my fast is at the 13.5-hour mark, and I have a lot of work to do. 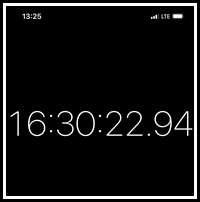 Saturday/Sunday (March 21 & 22): My fast started really late on Saturday night at 11:32 p.m. and ended a measly 14.5 hours later. I wish I had resisted those late night temptations.

Sunday/Monday (March 22 & 23): My next fast started at 2:43 p.m. and  I think I’m due for a longer fast, but it didn’t happen. I ate again late at night. I really really need to get back on track. The fasting clock started at 5:32 p.m. after my second meal of the day – my third if you count my morning smoothie.

Monday/Tuesday (March 23 & 24): Same as yesterday pretty much in terms of not lasting through a clean fast.

Tuesday/Wednesday (March 24 & 25): The fasting clock started late again at 10:05 p.m.  A decent fast of 17 hours and 18 minutes ensued because I got busy making videos for my students. 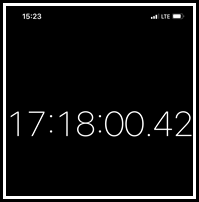 Wednesday/Thursday (March 25 & 26): My fast started at 6 p.m., and finally I completed a decent fast that was just under 19 hours. 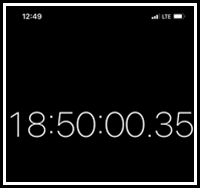 Thursday/Friday (March 26 & 27): Another failed fast as I ate pretty late at night, and then decided to have breakfast in the morning.

Friday/Saturday (March 27 & 28): The fasting clock began at 2:10 pm following a latte finished during a work meeting. I failed again, eating late at night after a lot of exercise.

Saturday/Sunday (March 28 & 29): I was so close to resisting a night time snack, but I failed again. It was just a small protein bar, so I’ll lie to myself and call this a dirty fast that lasted just under 18 hours. 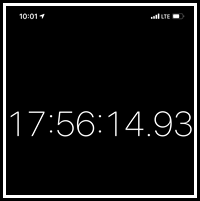 Sunday/Monday (March 29 & 30): The fast started at exactly 12 noon. I did however have a hot chocolate in the evening and an early morning small protein bar. Another dirty fast. It was at least a pretty long period without many calories, but I’m missing out on the benefits of fasting. This dirty fast was 21 hours and 21 minutes long. 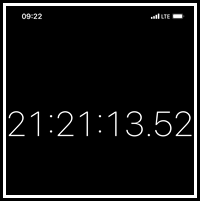 Monday/Tuesday (March 30 & 31): It was another low calorie dirty fast. Once again I had a late night protein bar. In April, I need to resist those late night temptations. Tuesday morning, I had a latte. The first food I had was around 3 p.m. I can’t in all good conscience call that a fast.

Tuesday, March 31: For the last time this month, the fasting clock began. It was started at 6:29 after an evening cafe mocha and a Cadbury’s Twirl chocolate, which are new here. March ended badly with yet another cancelled fast as temptation tempted me again and won. Drats.