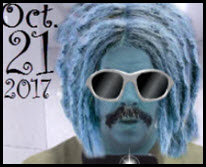 Sunday, October 1: I walked about eight kilometers instead of going to the gym. Last month, I lost my exercising momentum partly because I started walking more and sweating less in the gym. I’m all for walking as exercise, but in my case it shouldn’t come at the expense of gym time and serious sweaty behavior.

And for some reason last month, the gym just became a harder place to get to. It’s not too far from home, so location isn’t a factor. I was busier at work, but being busy at work hasn’t stopped me finding time to exercise in the past. Well, last month was at least a reminder that a habit is easily broken and maintaining a habit takes a continuous commitment.

Monday, October 2: It’s now 6:09 pm, and I’m getting ready to workout, but I have to admit I don’t really feel like exercising. On my way to the gym I bumped separately into two friends. I told them both I was on my way to the gym but I’m secretly hoping it’ll be closed. Well, it’s open, and I would much rather go home and watch TV or practice guitar. And that is why I must workout. 6:25 pm, it’s time.

I started with a 14-minute cardio that ended with something approaching a sprint. Weights next: lats, biceps, back, core, thighs, and hamstrings. Not all that intense, but it was step in the right direction. A protein shake afterwards was the last thing consumed; as a result, I’m going to bed feeling a little hungry. 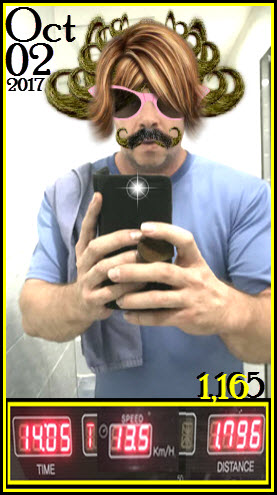 Tuesday, October 3: It’s 3 pm, and I’ve only consumed a protein shake, and apple, and some water. Feeling hungry! A rather large Mexican meal resulted. No gyms or pools open today, and I had to get ready for China, so no exercise today except a bit of walking.

Wednesday, October 4: Off to China this morning. I might exercise if I can find a gym in or near my hotel. My hotel has a fitness center, but I skipped it and walked about 17 kilometers exploring some Beijing neighbourhoods.

Thursday, October 5: I walked 15 kilometers before lunch from Beijing Station to Tiananmen Square and back again through some neighbouring neighbourhoods. After some lunch that shall remain nameless and a nap, I hit my hotel’s gym for a quick chest, shoulders, triceps, and traps workout. I needed that.

Saturday, October 7:  Today’s 12 kilometers of walking took place in and around The Forbidden Palace, The Summer Palace, and the vicinity of my hotel.

Sunday, October 8: My Beijing walk was cut short by rain. I walked about 9 kilometers altogether. I was aiming for a minimum of 12. I’m back in Korea now, and I’ll return to my gym and to serious workouts from tomorrow morning.

Monday, October 9: Back in my gym for some weights: lats, back, biceps, forearms, calves, core, and some cardio. 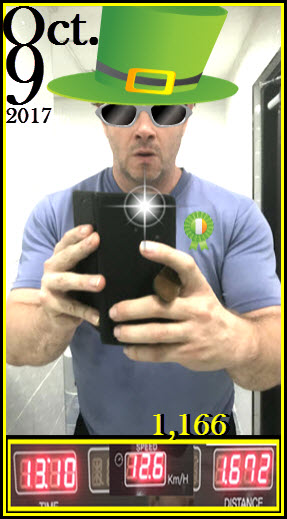 Friday, October 13: Back in the gym for chest, shoulders, triceps, traps, and a 15 minute incline treadmill trek that ended with another burst of speed. 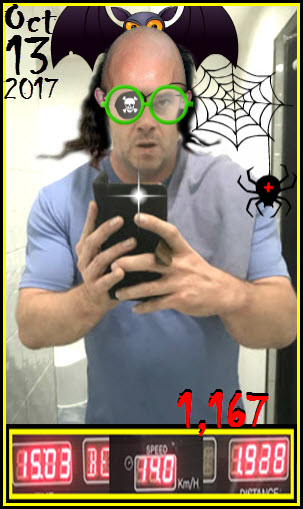 Saturday, October 14: A short core, calves, and forearm workout ahead of a 8 kilometer walk.

Sunday, October 15: Just a wee bit of walking – about 7 kilometer’s worth to be a little more exact.

Friday, October 20: Finally back in the gym, but my motivation and energy levels are still noticeable down. Weights: chest, shoulders, triceps, traps, and a little core work. Then a 10-minute treadmill session. I did increase the incline and then the speed, so I did work up a swear, but I ended the session before I should have. I did redeem myself somewhat by then doing some more weights: core, calves, and forearms. 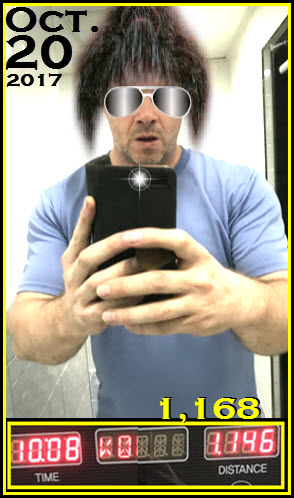 Saturday, October 21: A short sharp session today to remind myself that workouts need not be too time consuming. Just a couple of sets for my lats, upper back, and biceps before a 10-minute steep treadmill sessions. I finished with some more bicep reps and a set of lower back extensions. 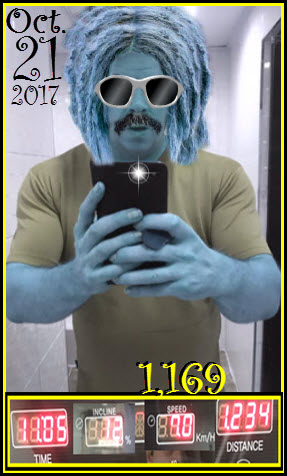 Sunday, October 22: Some calf raises and situps at home and then I walked around 14 kilometers throughout the day and the evening.

Saturday, October 28: Back in the gym after too long a break: chest, shoulders, triceps, traps, core, forearms, and legs plus some cardio to end a pretty long and decent session. 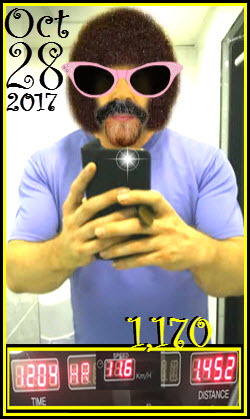 Tuesday, October 31: I walked home after a long day (and a long evening nap) at work.