There are only so many books you can read about North Korea without going insane. After reading precicsely that number over the last 6 months, I was in sore need of a change. I was thinking about what form that change would take when I started watching The Sci-Fi Channel’s latest sci-fi saga The Expanse at the start of the year. After a couple of episodes, I was intrigued enough to turn to Google to learn more about the show’s creators and origins. And just like that, my next few books were decided for me. It really has been fun to read a good action-packed, page-turning sci-fi saga again after the harrowing details depicted in all those non-fiction books about North Korea which hold my interest for different reasons.

First in The Expanse series is Leviathan Awakes. It only took me a couple of days to get ahead of the TV show and just a few more days to finish the book. No spoilers, but I will say the book did a better job of introducing the mystery at the heart of the story. 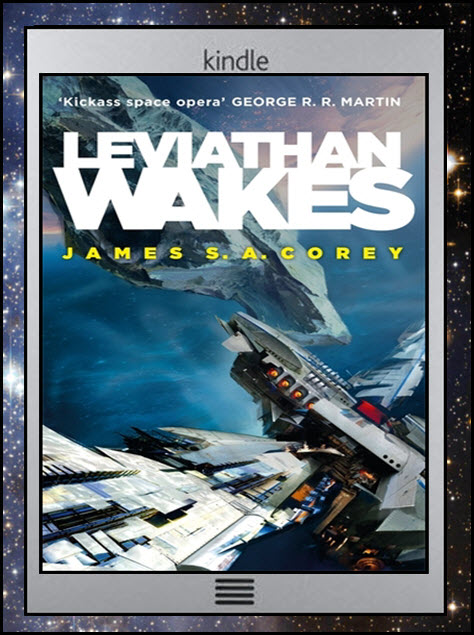 The next book in the series is Caliban’s War. 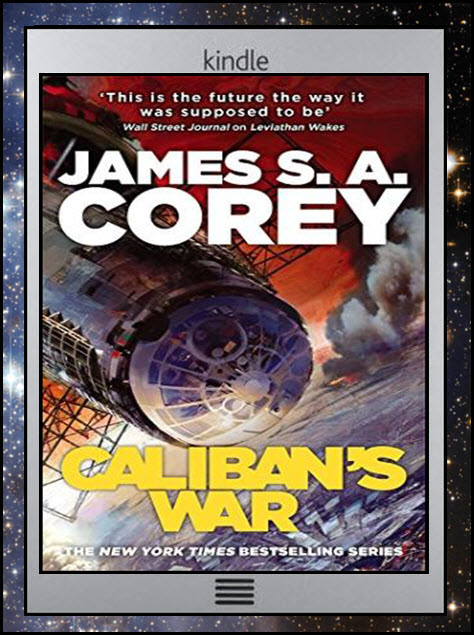 New threats and dangers await the trusty crew. Again, I won’t post spoilers, but it’s safe to say I’m looking forward to seeing how they film one particular event described in the early chapters. Book three in the series is Abaddon’s Gate, and it advances the story to my complete and utter easy-to-please satisfaction. 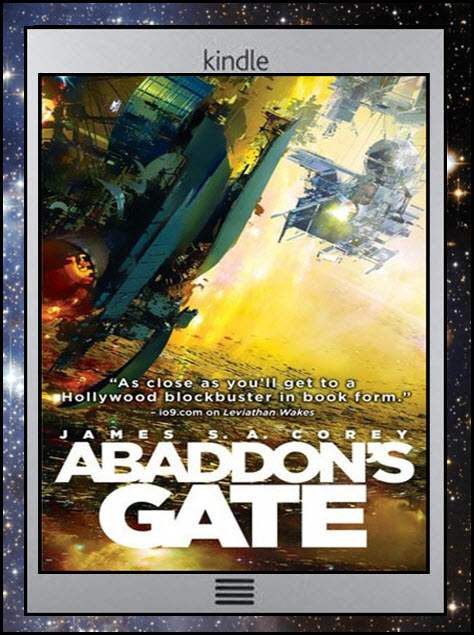 I love it when a good story draws me completely into its world/solar system. I had a few vivid dreams that week that clearly had elements from this and the previous books. That’s as good an indication as any these books have captured my interest and attention.

Between finishing Abaddon’s Gate enroute to Kuala Lumpur and starting its sequel, I reread a Stephen King short story from his Just After Sunset collection.  I browsed the contents out of airport boredom, and as soon as I saw “N” there – surely the shortest name for a short story ever – I recalled loving it and dove straight back in. It would have to be one of my all-time favourite King short stories. I really should read the story that inspired it.

The fourth book in The Expanse series, which I read in about 26 hours, is Cibola Burn. 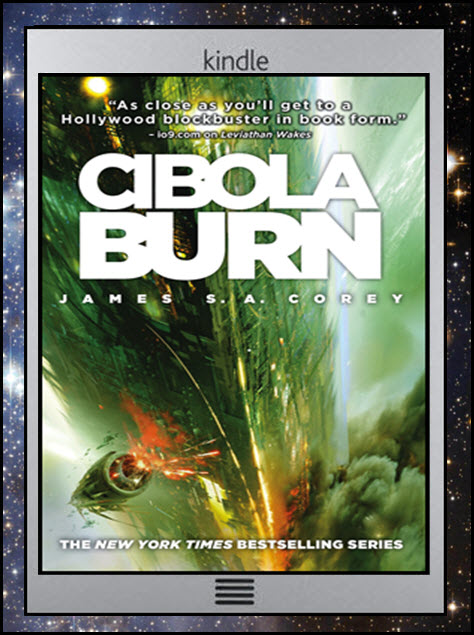 I began it while waiting at Kuala Lumpur Airport for the second leg of my flight home, I continued reading it on that second leg, I read a lot more on the bus to Canberra, and I finished it in the early hours of the next day some 26 hours after starting it. My only regret is I don’t have the fifth book on my Kindle as it’s strangely unavailable to me via my Amazon account. I’ve been seeing more and more books sans Kindle releases from my Korea-based account, and that is a most worrisome phenomena. Not as worrying as the very worrisome alien phenomena in this series of books of course, but it’s close.

Next up, another book somewhat related to North Korea: The Dictator’s Handbook: Why Bad Behaviour is Almost Always Bad Politics. 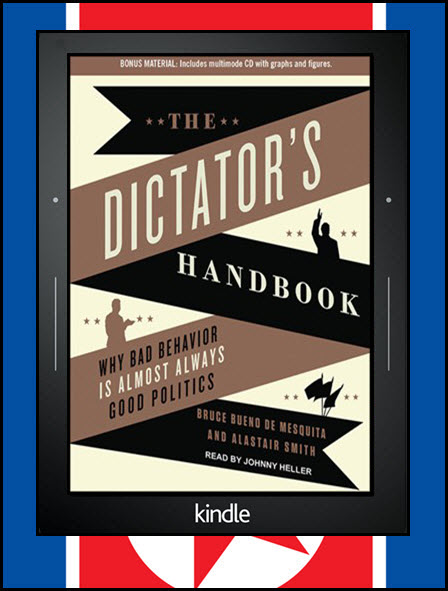 I thought it might have been a comedic effort, but it’s not at all. Instead, it’s a very insightful and well-researched and very readable effort which describes how all leaders – good or bad – endeavor to remain at the top of their respective food chains whether they be dictators, democratically elected leader, CEOs, or the leaders of pretty much anything else. It’s a rather sad incitement on humanity, and I’m sure we haven’t seen the last of the kinds of examples given. In fact, just a few minutes ago, I read an article claiming Putin was behind the assassination attempt of a dissident and immediately thought of this book. I finished it on January 22 on my way to The Australian Open with mum.

Next up is The Dispossessed by Ursula K. Le Guin. 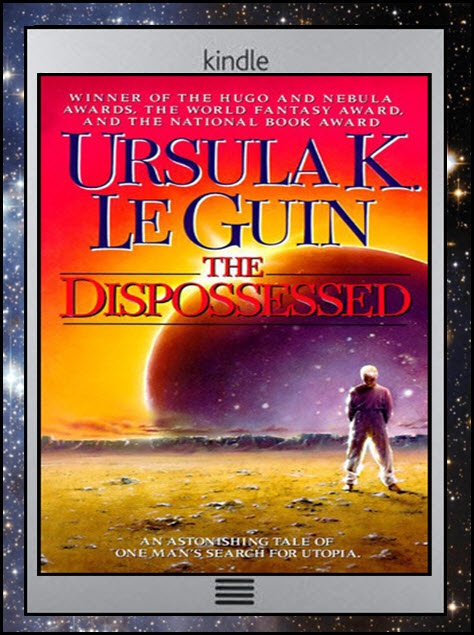 I loved the first three books of her Earthsea series, and I’ve read nothing but great things about her. I finished The Dispossessed the evening of February 1, and I had no idea when I began it that it would remind me so much of North Korea. I was expecting a good Sci-Fi break from things like that, but it sure was interesting to read how well she described aspects of modern-day North Korea and the effects of its famine in a book written in the 1970s. The Dispossessed is a fascinating and deep book that I will have to reread at a later date. Staying with Ursula, I next reread her second Earthsea book: The Tombs of Atuan.

I reread the first book in the series, A Wizard of Earthsea, a couple of years ago after first reading the initial trilogy back when I was a wee little kid. One of my reading promises to myself this year is to finally read the remaining Earthsea books. I finished The Tombs of Atuan in a day. It’s essentially a book about a girl leaving a cult. Right up my alley! I then reread its sequel, The Farthest Shore, the next day (February 3) and then without a break, I started the fourth Earthsea book Tehanu, which I’m reading for the very first time: 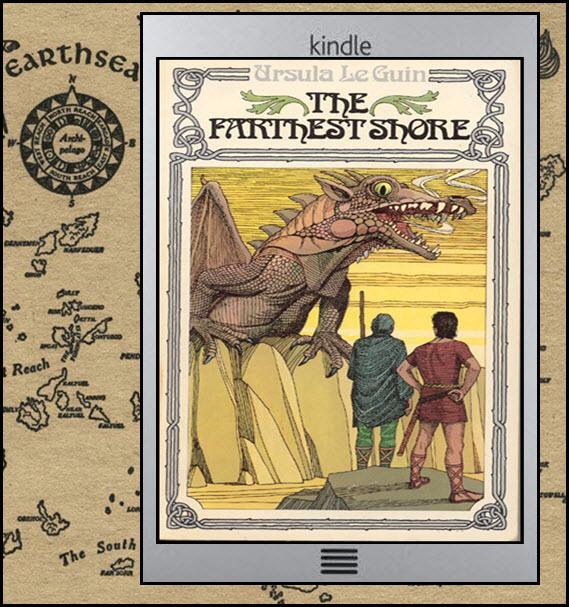 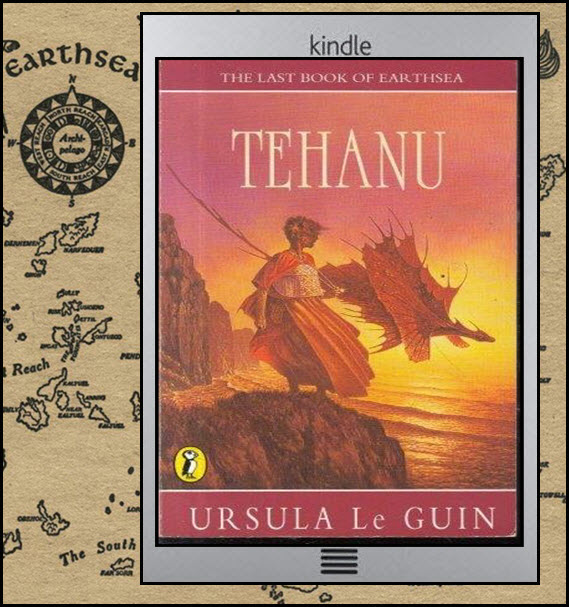 I finished Tehanu on Monday, Feb. 8 on the subway, and I have no idea what to read next. I have about ten books on my radar, but I can’t decide!

On Wednesday, after being informed of winning a week in hospital, I rushed home and bought the half dozen books on my Amazon wish list. I started Matthew Reilly’s The Great Zoo of China on Wednesday night and finished it Thursday evening. Its non-stop action is about as non-stop as action gets. I feel like a need a holiday. 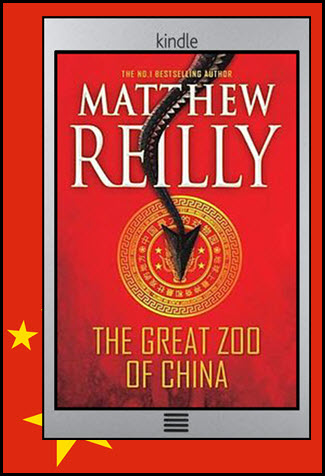 On Friday, I started The Invitation-Only Zone: The True Story of North Korea’s Abduction Project, a book I have been looking forward to since I first heard it announced 5 or 6 months ago. I finished it Sunday morning, highlighting quite a few passages along the way. The reading benefits of a painless, stressless hospital stay are substantial. 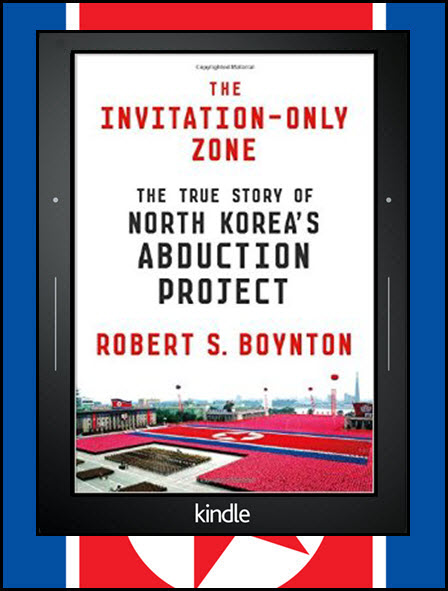 What’s next? I think something Scientology is in order. Although I have two Scientology books in my “read soon” list, when push came to shove, I went for The Prince by Machiavelli which is of course quite similar to The Director’s Handbook. 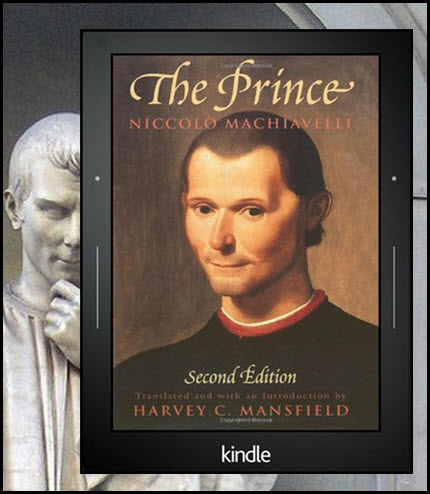 I finished The Prince on Saturday afternoon while on the subway, my preferred reading environment . It wasn’t as “Machiavellian” as I had been led to believe. Probably because I’ve been reading too much about North Korea and other smaller cults of late. Some of Machiavelli’s lessons sound nice and quaint alongside some of the tactics cults use to control their populations. There was one quote that made me immediately think of young Jong-un:

“Therefore the best fortress is to be found in the love of the people, for although you may have fortresses they will not save you if you are hated by the people.”

Hopefully, he’ll live to regret not taking Machiavelli’s advice. Here is a quote that I read while in hospital awaiting blood test results which gave me a wee fright since I really should have gone to hospital a day or two earlier than I did:

Something different and short next partly to increase my number-of-books-read monthly average. I’m speaking of course about Dr Who: Death to the Daleks. 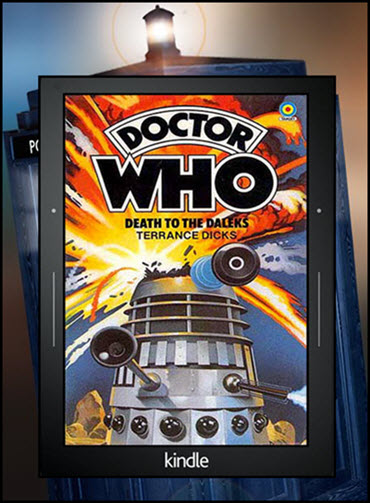 Next up is one of the Scientology-related books that I’ve been wanting to read since its release last year: Leah Remini’s Troublemaker: Surviving Hollywood and Scientology. I finished it on Saturday afternoon. It took me a few days to read the first half, but only a day to read the second half. Once the bizarre lives of Tom and Katie were introduced, I couldn’t put it down. What I would give to hear more inside stories. My Scientology fantasy book is Cruise Controlled: My Life With Tom by Nichole Kidman and Katie Holmes with a forward by Nazanin Boniadi. That’s what I want for Christmas. But seriously, Leah’s book was truly an inspiration, and her final message to troublemakers everywhere to keep telling the truth in particular resonated with me and my current circumstances regarding some rather indoctrinated followers of a Hitler-praising serial rapist. Thank you, Leah. 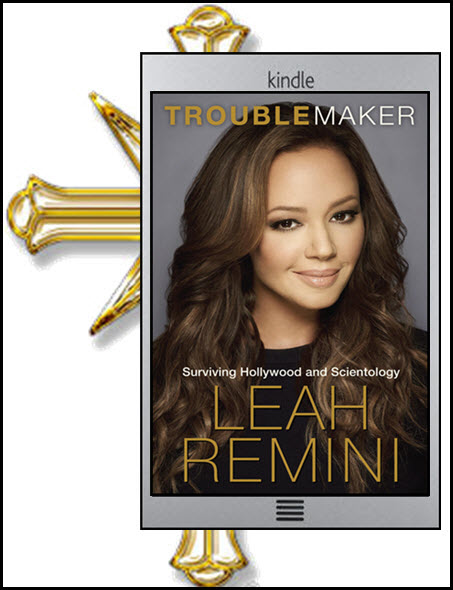