1. 2019’s reading adventures began with  the last few stories in Larry Niven’s Convergent Series (1979). I finished the last story in the evening of January 1. I’ll certainly be reading more of his books in 2019 and beyond. 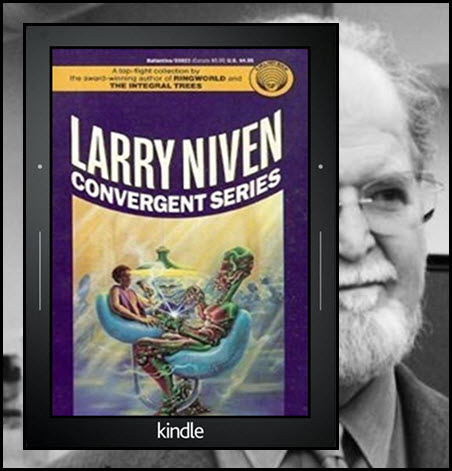 2. Then I decided to read a shorter work in the form of A Window Into Time (2016), a novella by Peter F. Hamilton. I finished it soon after midnight January 3. Quite an interesting twist on time travel. 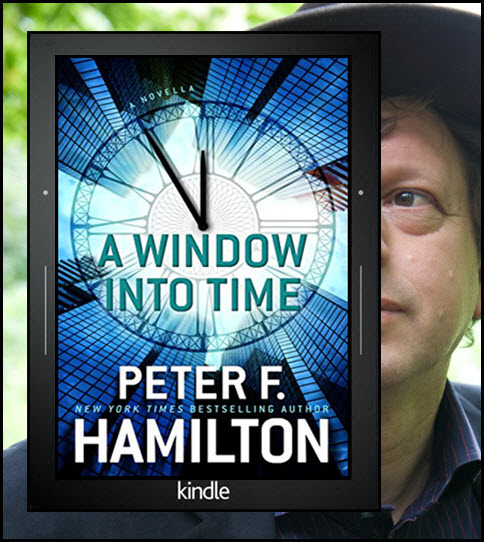 3. On the bus after the sun came up, I thought that Old Mars (2013) might be a fun read. It’s a short story collection edited by George R. R. Martin of new stories set on “Old Mars”, the Mars authors dreamed of before our probes gave us images of Mars sans long lost civilizations and weird aliens. There were some really good stories in that collection, and they introduced me to whole bunch of authors I had frankly never heard of. The book took me a while though due to work and a cold. I finished the last story the evening of January 15. 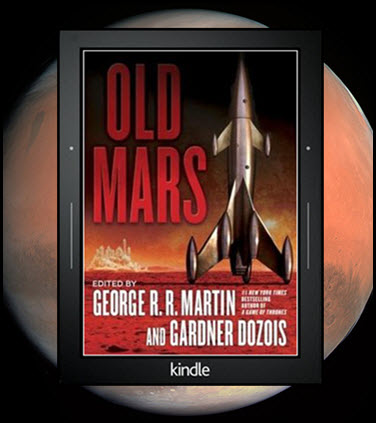 4. Up next, The Private Life Of Elder Things (2016), a collection of Lovecraftian fiction. I’ve yet to read anything by H. P. Lovecraft, but this should serve as something of an introduction. Stephen King has credited him as the man who got him interested in horror stories. That’s a pretty heft endorsement, so I will definitely explore his work this year. I read over half of it in one day – 61% to be exact according to my Kindle. Needless to say I’m loving the stories. All finished the evening of Friday, January 18 on the bus home from work. 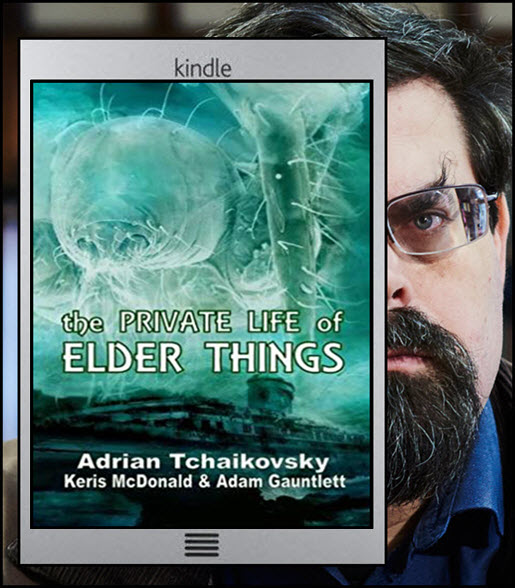 5. On Sunday, I decided to try, Fire and Blood – A Targaryen History (2018), George R. R. Martin’s most recent book. It’s more of a fictitious history book than a novel, and I had heard grumblings it’s dry as a result. I found the first chapter interesting enough to continue, but yes, it’s not as gripping or as entertaining as his novels and short stories. It is interesting though being back in his world of Westeros while the wait for The Winds Of Winter, book six of the A Song of Ice and Fire/Game of Thrones saga. I’m 30% in, and I’m enjoying more than I initially expected. It’s certainly not as dry as some reviews I read suggested. I’m making slow but steady progress. It’s the afternoon of January 31, and I’m 66% in. I am enjoying it more, but I do have to admit I have at times lost track of exactly who is who; this book has a cast of hundreds. That hasn’t stopped me enjoying it as the main players are quite distinctive. While I am enjoying it, I am also looking forward to finishing it and going onto something different. And most books are different from this, especially regarding the number of people killed by dragons. And the number of characters probably set a record. I read the last word at a Ba Na Hills cafe just before 2:20 p.m. That’s enough dragons for a while. 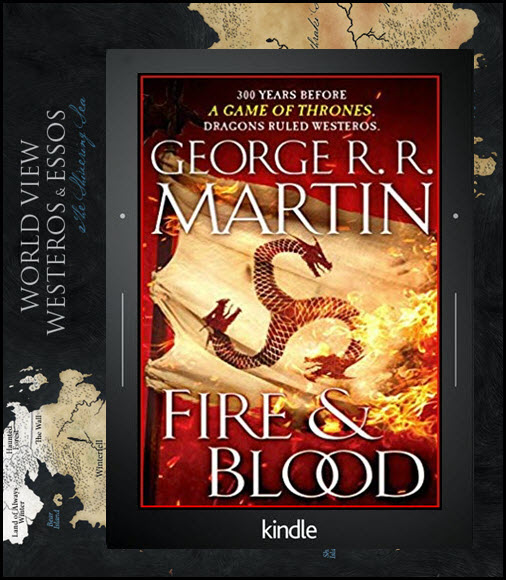 6. Next, I turned to Jeffrey Archer’s latest, Heads You Win (2018). A few pages in and I know I’m in safe hands – not that that was ever in doubt. It’s Friday evening (Feb. 8), and I’m at the 73% mark. I hope to finish it tomorrow. After that, I have no idea. I finished it on the beach the next day, and as much as I enjoyed it, some aspects of the ending left me scratching my head. 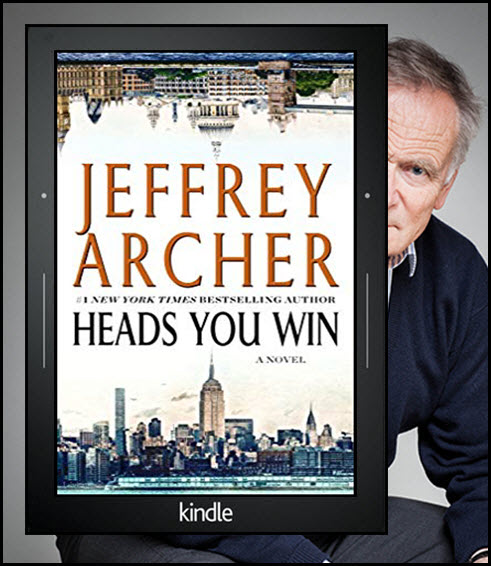 7. It’s time again for some science fiction. I chose Peter F. Hamilton’s second Greg Mandel novel, A Quantum Murder (1994). It was quite slow going, but I enjoyed it despite not devouring it quickly.  I finished it over an evening green tea at 7:40 on Sunday, February 24. It’s actually hard to believe I started it in Vietnam – that feels like such a long time ago. I look forward to reading The Nano Flower (1995), the remaining novel in the Greg Mandel trilogy and a novella called “Family Matters” (2014), which I just learned is a reworking and updating of an earlier story called “The Suspect Genome”. I can cross that off my reading list. I might read the remaining novel and novella sooner rather than later. And after I finish those, I will have read all of Peter F. Hamilton’s published novels and short stories. Update: with the exception a children’s book called Lightstorm (1998). 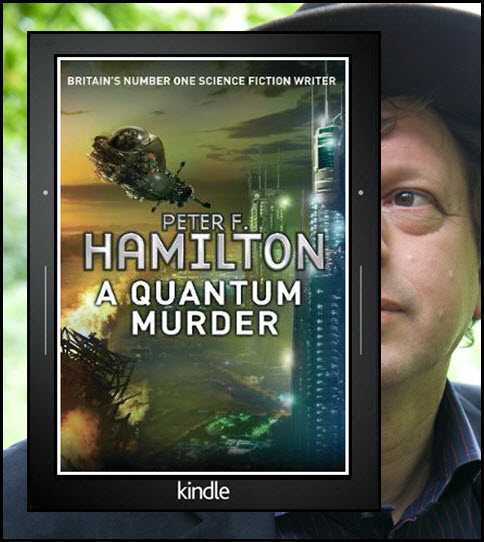 For some reason, I really like these few minutes of indecision as I select the next book to read. The satisfaction of completing a good book coupled with the mystery of not knowing what is next is strangely satisfying and exciting. What’s next? As I type this, I honestly have no idea, but future me knows. I just have to wait a few minutes to catch up with him. Now, it’s over to my long list of books to read to see what jumps out at me.

8. I quite enjoyed reading Unearthed (2018) last year by Australian Amie Kaufman and American Meagan Spooner. It was just a good old-fashioned adventure romp – an Indiana Jones in space kind of thing, which is how the authors described it, and that’s how I thought of it before reading the authors’ comment.  Side note: it’s being developed into a film by some pretty big names. Its sequel, Undying (2019), was recently released and thus made its way onto my reading list. I read the authors’ introduction and knew I could trust their promise of a fun read. The first one was more of an enjoyable romp, but this book has its own character (in the stylistic sense of the word). On Saturday March 2, I read a little more than a quarter of the book which took me to the 77% mark. My hope is to finish it on Sunday as it’s the last day of my winter vacation. I did indeed finish it on Sunday, and again I find choosing what book to read next is a little adventure in itself. 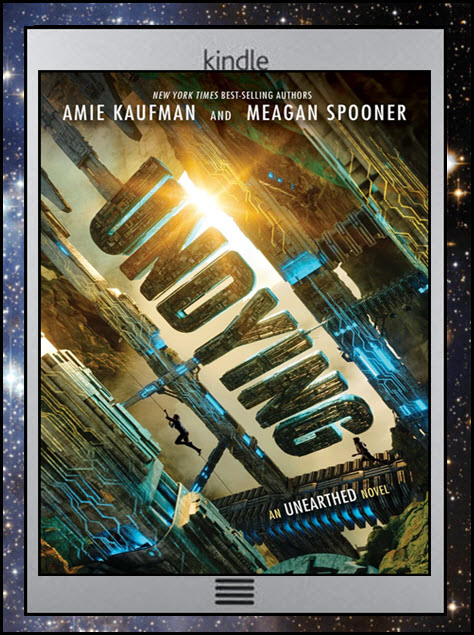 9. I almost began She Has Her Mother’s Laugh (2018), but I’m embarrassed to say  that I was put off by its length. Instead, I started The Beginning Place (1980), which is my first Ursula K. Le Guin of the year. She didn’t disappoint, but my new semester, with its extra class, hasn’t left me much time to read. This is a book I probably would have read in a few days during the vacation. Instead, it took me almost three weeks. I finally finished it on the subway on the morning of March 21. 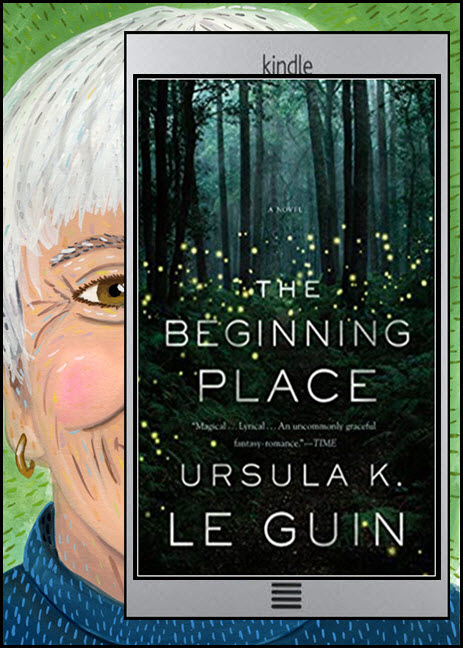 10. Once again, I have no idea what is next. With a busy semester and with much less time to read, I decided a fast, fun page-turner was needed. Matthew Reilly’s Seven Ancient Wonders (2005) is just that. Actually, I read it about ten years ago, but there have been four sequels published since and more on the way, so I think it best to start at the beginning and then work my way through them. I surprised myself by reading it quite quickly given my busy semester. I finished it the evening of March 27. 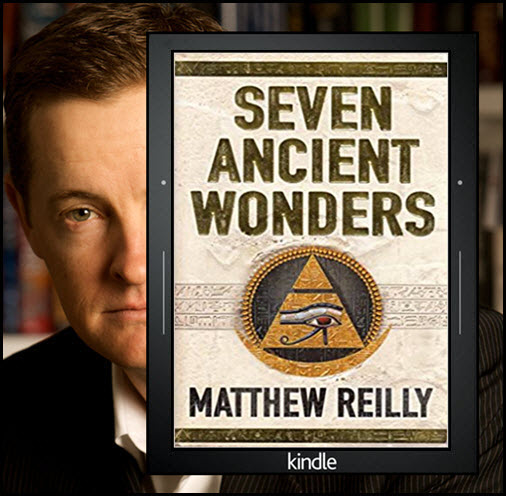 11.  Tiamat’s Wrath (2019), the latest, eighth, and penultimate Expanse book, was just released, and I just had to start it right away. I finished it on April 2 after dinner at one of my favorite cafes, that was probably the bext Expanse book so far. I totally loved it. The wait for the last book will be a long one. Part of me wishes I had delayed reading it until closer to the release date of the last book. 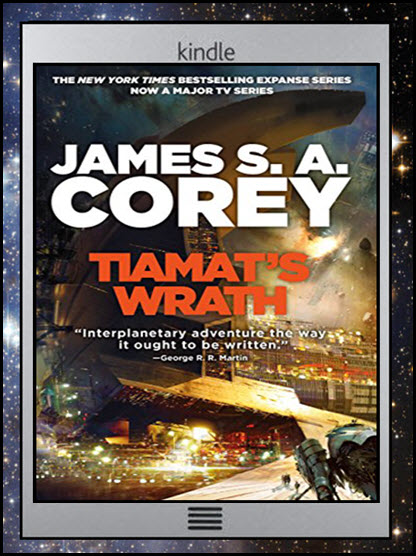 12. Next, I decided to complete the Outlander series to date with the last remaining book to read which is The Scottish Prisoner (2011), the latest of the Lord John Grey spin-off novellas and novels.  I read the first few pages in a taxi to work on the morning of April 3. It felt good to be back in Diana Gabaldon’s  Outlanderverse. 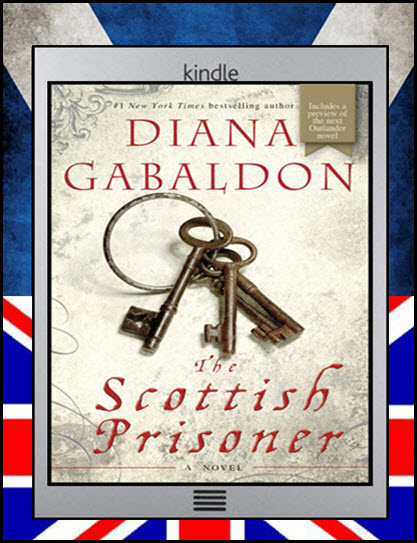 13. I read the first 12% and then decided to take a musical diversion in the form of How To Play Madison Square Garden: A Guide to Stage Performance (2011). I’m performing more these days, so I’ve recently thought of reading up on stage presence. With a gig next weekend, I decided it was time to delve in. I read it in two days, finishing it on April 6, a Saturday night. It included some obvious but  also some interesting advice and anecdotes that gave me food for thought. Mindi Abair, one of the author’s, was certainly writing from experience. 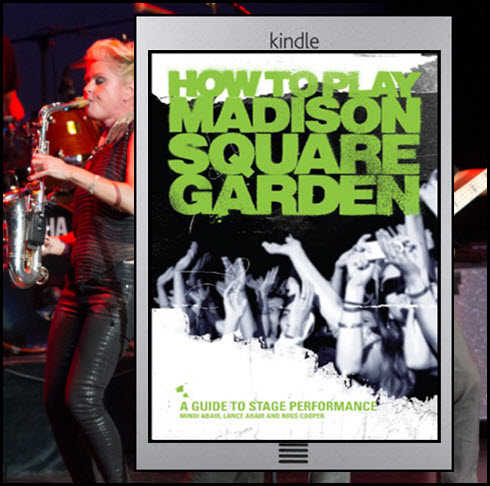 14. Before returning to The Scottish Prisoner, I decided that more of the above was in order. Making Your Mark in Music: Stage Performance Secrets (2011) has some good reviews on Amazon, so let’s begin. I finished it on April 10, and then returned to The Scottish Prisoner. It was certainly an interesting read in parts, but it was more geared towards professional musicians rather than us amateur folk. I finished The Scottish Prisoner just a few minutes before midnight on April 17 in an Itewon cafe. Apart from a graphic novel, which I’m not really tempted to read, I have now read all things Outlander published to date. The next book, Go Tell the Bees I Have Gone, is reportedly due out sometime this year. 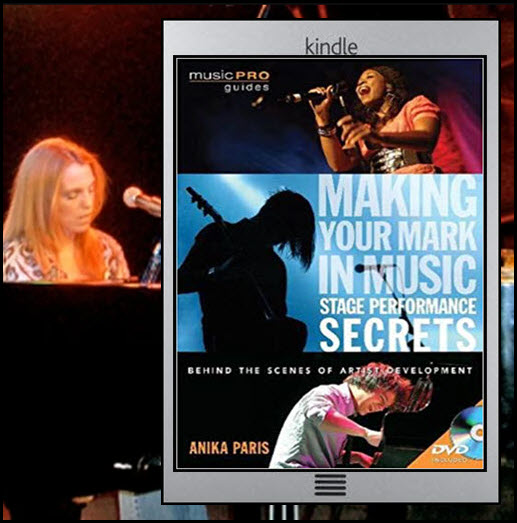 15. I then read The Fourth Man (2019), a new Jack Reach short story which is mostly set in Sydney. It was short enough to start on the way to work and finish it soon after arriving. 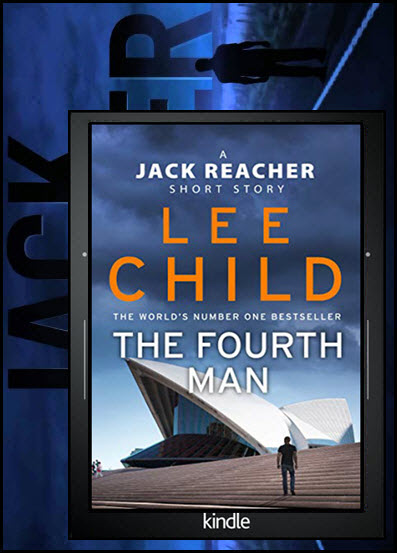 16. Next, to coincide with the premier last week of the final season of A Game of Thrones, I again delved into George R. R. Martin’s past and began Dying of the Light (1977), his first novel. I enjoyed after a few chapters, and I skimmed the prologue and first chapter again to take in all the details. He certainly created an interesting environemnt for his story. 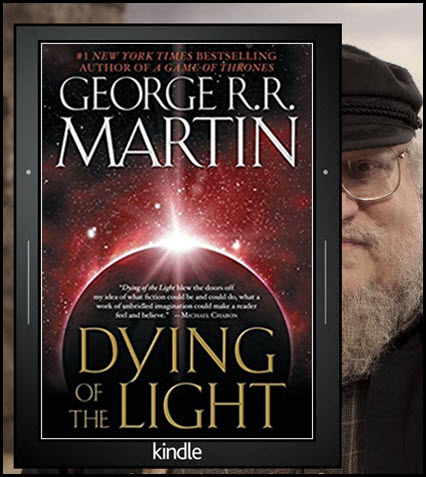 17. Next up, Lightstorm (1998), a novella by Peter F. Hamilton that was written for The Web story series for young readers. Being the completist that I am, this has to be read. And I’m glad I did. It was a nice quick read. 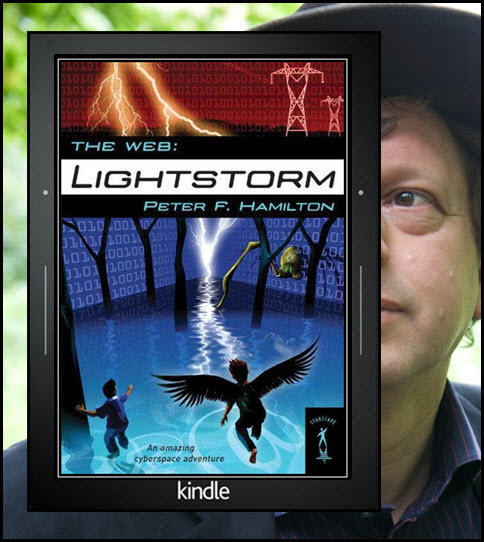 18. Next up, I decided it was time to expose myself to a writer for the first time. Tim Lebbon was the winner, and the book, The Silence (2015), which was recently made into a movie. I finished it while on the subway on the last day of April. That certainly won’t be the last book I read by Tim Lebbon for obvious reasons. 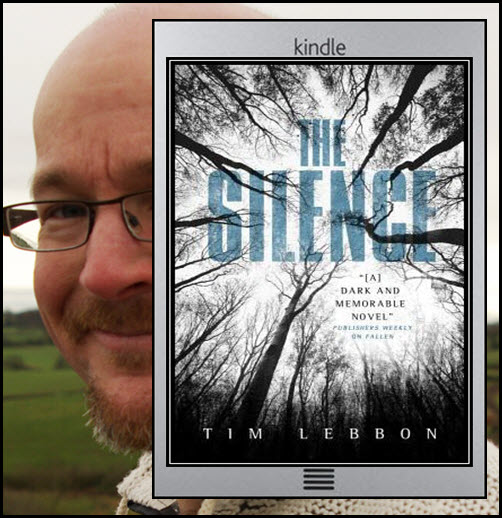 19. After learning that a sequel to Michael Crichton’s The Andromeda Strain (1969) is being written by Daniel H. Wilson, I decided as a fan of both authors to not only add that upcoming sequel to my reading list, but also to read the original. I started it minutes after finishing The Silence, and I was hooked from the page one. 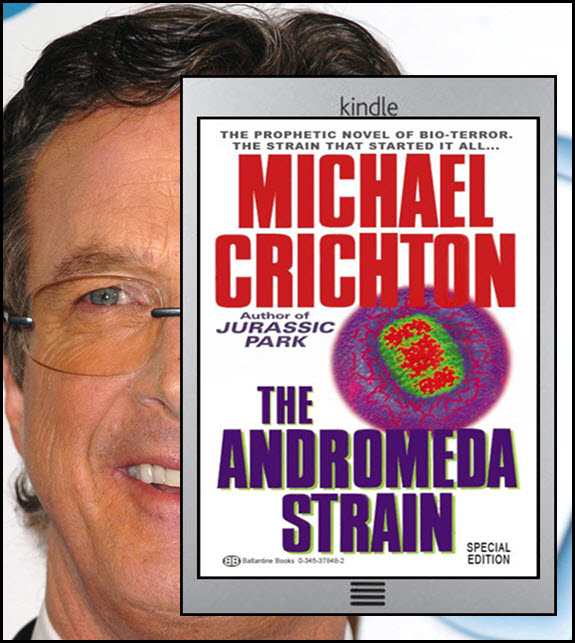