On Tuesday February 13, Mr. Hwang In-cheol, National Assembly Member Hong Il-pyo, former Vice Minister of Unification Kim Seok-woo, former Ambassador for Human Rights Lee Jung-hoon, Director of the UN’s Human Rights office in Seoul Signe Poulsen, TNKR co-founder Casey Lartigue Jnr., and myself will speak at The National Assembly at an event to mark the 48th anniversary of the freeing of 39 of the 50 passengers and crew of the KAL flight that was hijacked by North Korea.

Mr. Hwang’s father was among the 11 not released and is reportedly still alive living near Pyongyang under heavy surveillance following at least one attempt to escape/return home. I have been helping Mr. Hwang document in English his crusade to have his father freed and the history of the hijacking. For more, please visit the Bring My Father Home site. 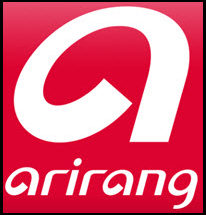