I’m embarking on something of a North Korea readathon. This year in particular sees the release of several books by defectors, two of whom are associated with Teach North Korean Refugees (TNKR), the NGO I volunteer with. I’m particularly looking forward to reading those two which are A Thousand Miles to Freedom: My Escape from North Korea by Kim Eun-sun and In Order to Live: A North Korean Girl’s Journey to Freedom by Park Yeon-mi.

Another book I’m really looking forward to, and one which I have to wait until January 2016 to read, is Robert Boynton‘s The Invitation-Only Zone: The True Story of North Korea’s Abduction Project. My interest in North Korea began while living in Japan where I first heard of the teenage girls North Korean agents kidnapped. Last year, Robert Boynton’s earlier book, The New New Journalism: Conversations with America’s Best Nonfiction Writers On Their Craft, introduced me to Lawrence Wright, author of Going Clear: Scientology, Hollywood, and The Prison of Belief.

Further increasing my interest in North Korea were opportunities to hear speak Jang Jin-sung, author of Dear Leader: Poet, Spy, Escapee – A Look Inside North Korea and Yoo Yoong-bok, author of Tears Of Blood: A Korean POW’s Fight for Freedom, Family, and Justice, which I started reading five minutes after his talk finished. Also, I recently met James Pearson, co-author of North Korea Confidential: Private Markets, Fashion Trends, Prison Camps, Dissenters, and Defectors. There really is nothing like meeting or seeing an author give a presentation to spur interest in his/her book.

Prior to this readathon, I had read five books concerning North Korea: The Aquariums of Pyongyang by Kang Chol Hwan and Pierre Rigoulot, Kim Jong-il: North Korea’s Dear Leader by Michael Breen, Tears of Blood: A Korean POW’s Fight for Freedom, Family, and Justice by Yoo Young-bok, Without You There is No Us: My Time with the Sons of North Korea’s Elite by Suki Kim, and Escape from Camp 14 by Blaine Harden. Once I’m done with this readathon, I’ll offer some thoughts on those. It has, however, been about ten years since I read Michael Breen’s book, and it has since disappeared off my shelf. I think I lent it to someone who forgot to return it. And I think I know who that someone is!

Nothing to Envy: Ordinary Lives in North Korea by Barbara Demick . Read between August 1 and August 13, 2015. 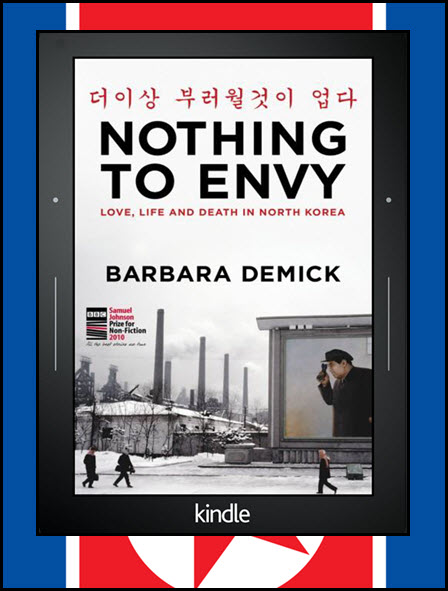 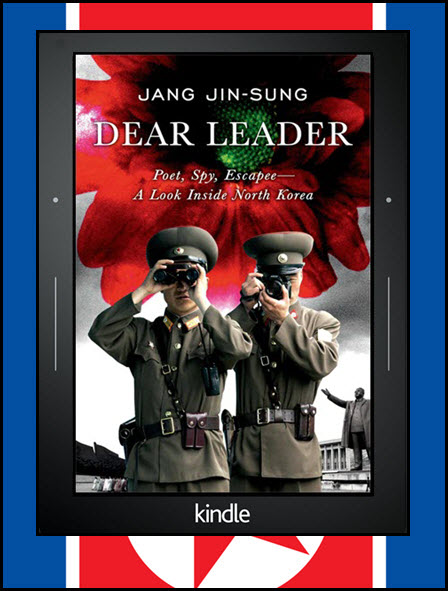 From the ordinary lives of North Koreans in Nothing to Envy to the extraordinary life of a man who spent time at the very heart of the regime. The very first pages describe his meeting with Kim Jong-il, a meeting that escalates his status within the regime to one of the highest levels. Insights into how the regime operates at its highest echelons are plentiful, but his time at the top was short-lived as not long after meeting the Dear Leader, Mr Jang’s life did a complete 180 in a matter of minutes, and he suddenly became the most wanted man in North Korea.

I had the pleasure of hearing Jang speak in Seoul last year. My one regret is that I didn’t read his book before attending his talk. I know I say this about most books that concern totalitarianism, but this really is something special and important.

The Great Leader and the Fighter Pilot by Blaine Harden. Read between August 18 and August 23, 2015. 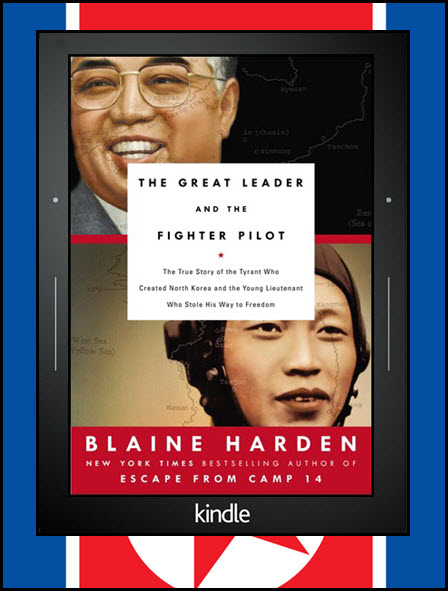 Like the Star Wars prequels, this tells the story of the formation of the North Korean state and the history of Kim Il-sung himself. Told concurrently is the story of a young man who becomes a North Korean fighter pilot. While all around him seem caught up in the cult of Kim Il-sung, he harbors grave doubts which, in order to survive and await his shot at freedom, he must keep to himself and hide with outward and constant displays of affection for all things Il-sung.

The Girl With Seven Names: A North Korean Defector’s Story by Lee Hyeon-seo. Read between August 23 and August 29, 2015. 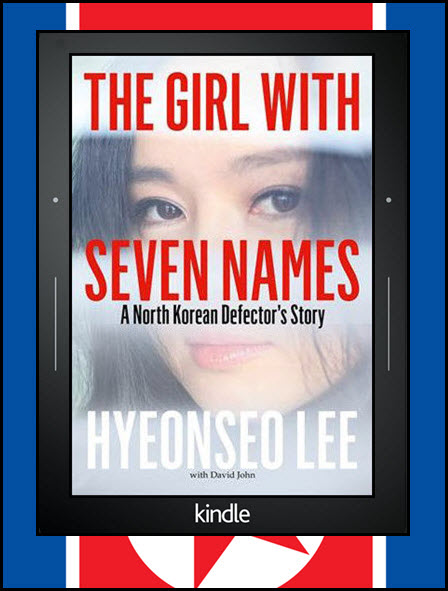 I insulted a North Korean apologist on Facebook by recounting the Holocaust anecdote I read in either We Survived: Fourteen Stories of the Hidden and Hunted in Nazi Germany or Altruistic Personality: Rescuers of Jews in Nazi Europe A young Jewish girl aged around 5 or 6 was living with a German family at the height of the war. If I recall correctly, the family passed her off as an orphaned relative; as such, she didn’t have to remain inside in hiding ala Ann Frank. One day, as she was playing in a park, tanks suddenly rolled through town. The cheerful soldier atop one of the tanks waved hello and asked her name. With the innocence and honesty of youth, she answered: These days it’s Elizabeth. I used to be called Liesel, and before that I was called Ann, and before that I was called…. etc. The soldier either didn’t realise what a string of different names meant – perhaps he thought she was joking – or he decided to leave her be. I like to believe the later. Whatever the case, the girl’s onlooking adopted father almost had a heart attack. When I first heard the title of Hyeon-seo’s book, I was immediately reminded of that anecdote, and I decided to read her book sooner rather than later.  I don’t want to post spoilers, but a fellow Australian comes to her rescue. I don’t think I’ve ever been prouder of a fellow Aussie. In other news, Hyeon-seo  is working on a new book with other female defectors. I’ll be sure to add that to my to-read list. 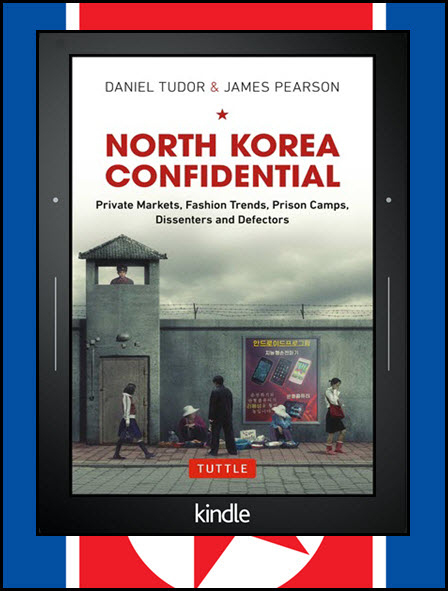 The Korean War: A History by Bruce Cumings. Read between September 8 and … well, I didn’t finish it.

I abandoned the above after reading about 30% of it. Don’t ask me how many pages I read; this is the 21st century. It just wasn’t what I was expecting from a book entitled The Korean War: A History. As one Amazon reviewer correctly noted: “This book has only 35 pages of actual history.” Instead, I turned to another defector account which is more related to my interests and to my volunteering with North Korean defectors through TNKR.

A Thousand Miles to Freedom: My Escape from North Korea by Kim Eun-sun. Read between September 20 and October 4, 2015. 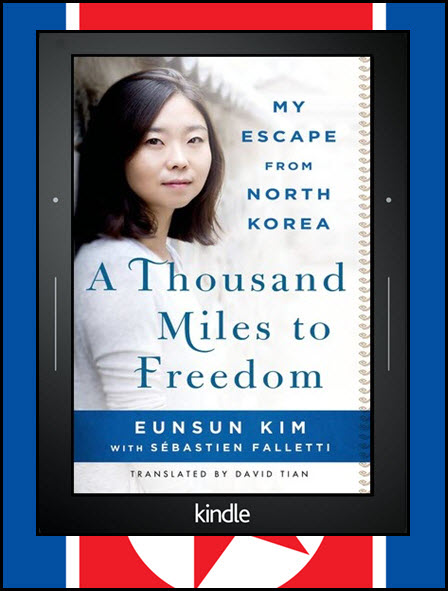 I began reading the above just as my teaching semester began hearing up with first time lessons to prepare and a growing backlog of student assignments. As such, I made slow progress. It took almost two weeks to read the first 50% of the book and then one lazy Sunday afternoon to complete it. The main differentiating part of this defector tale is that a large part of the book focuses on her life in rural China after her mother and her were sold to a rather unintelligent and ageing sonless farmer who purchased Eun-son’s mother to change the sonless part of his life. Not wanted to spoil the rest of her courageous tale, I won’t go further. Suffice to say, I think this is the most touching defector tale I have read to date.

Having finished the above, I felt the need to read something completely different. Hence, my Kindle and I are currently journeying through the Scottish Highlands of the mid-eighteenth century with an English nurse born in the 1920s. After I finish Outlander, I plan to return to North Korea with Park Yeon-mi’s new book which I happened to purchase on her birthday. Happy birthday! Yeon-mi is the defector who has come under the strongest attacks from the pro-North Korean nut job faction. Consequently, I’ve been meaning to explore her story further. I’ve been bookmarking links concerning her for the past six months. I think they’re all worth saving in one thread on my cult site when I find the time. I’m sure reading her book next month will motivate me to find the time sooner rather than later.

Change of plan. Next up is a reread of The Aquariums of Pyongyang by Kang Chol-Hwan. Mr. Kang is giving a presentation next week (October 31) in Seoul, and I mean to read his book before then. It was the first North Korea-related book I ever read. While I remember the basics, a refresher is definitely in order. I read it between October 25 and October 31, finishing it just an hour before Mr. Kang’s presentation. 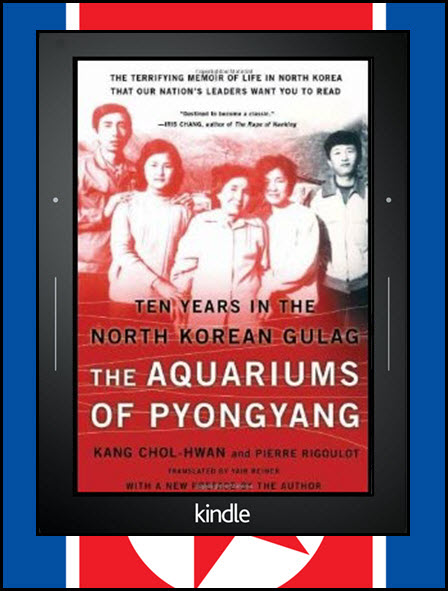 One very interesting fact about books by defectors and the other books concerning North Korea I’ve read to date is that they all – for the most part – explore different segments of North Korean society. The unique demographic The Aquariums of Pyongyang explores is firstly the fate of Japanese Koreans who returned to the wrong Korea. Kang Chol-hwan was the child of Japanese Koreans who were enticed back to North Korea in the early 1970s. Perhaps inevitably, the family soon found itself in one of the North’s notorious concentration camps. While some comparisons are made with Stalin’s gulags and Hitler’s concentration camps, I am constantly reminded of  Japanese POW camps described in Unbroken, which I read last year: 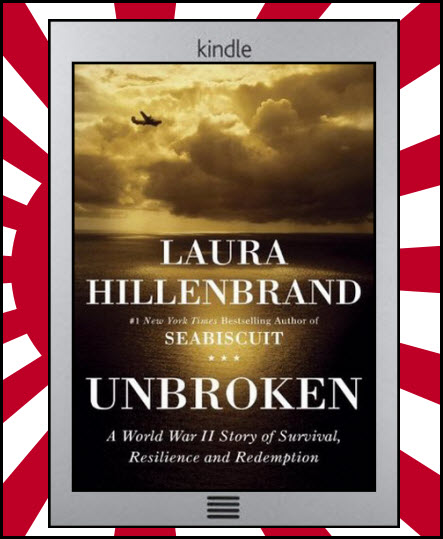 In Order to Live: A North Korean Girl’s Journey to Freedom by Park Yeon-mi and Maryanne Vollers. Read between October 31 and November 9. 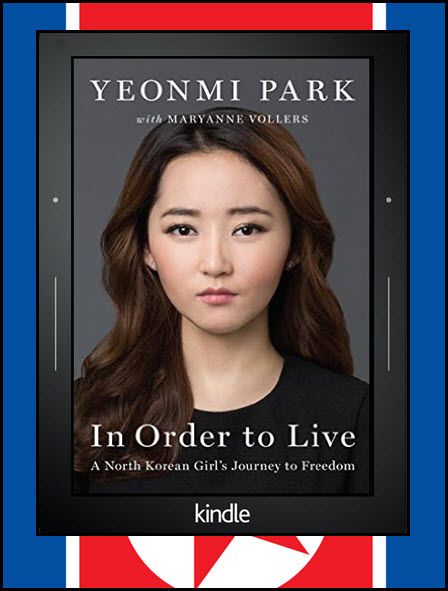 I was particularly eager to read the story of Yeon-mi Park after noticing numerous attempts to discredit and vilify her. Ms. Park polished her English skills through the NGO I volunteer with, and since she is the same age as my university students, I felt inclined to explore her story further with rather sympathetic eyes and ears. Little did I know that would lead to some the strangest threats I have ever received – and I have received way more than my fair share.

Under the Same Sky: From Starvation in North Korea to Salvation in South Korea by Joseph Kim and Stephen Talty. Read between November 10 and December 27. 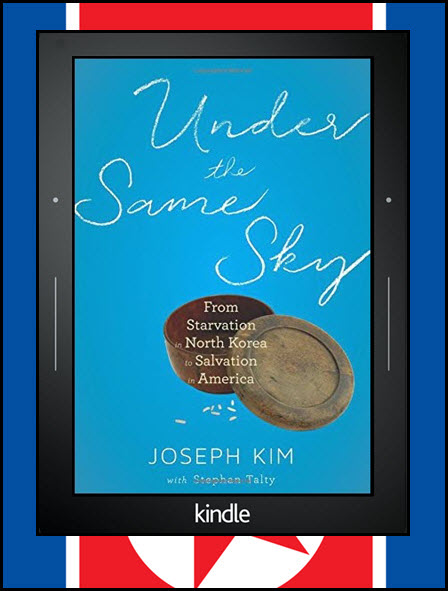 This took me a long time to read not because of the content, but because life, work, and some adventures with cults requiring my presence at a meeting with prosecutors left me with less time to read. I also took a few temporary reading detours into the mind of Stephen King via The Bazaar of Bad Dreams, his most recent short story collection. I think it’s quite telling that I sought relief from the horrors of North Korea in a Stephen King book. Horrors imagined, even told with the skill of one of the world’s best-selling authors, pale in comparisons to horrors real.

Of all the previously read defector accounts mentioned above, this one spends the most time describing the author’s life in North Korea and much less is devoted to time spent in China and the author’s eventual escape to America. That’s essentially because male defectors are in far less danger of being kidnapped, trafficked, and raped in China. For female defectors, defection initially to China can mark the start of another period of hell as a virtual prisoner at the mercy of criminals. Since Joseph Kim spends most of his book describing his life in North Korea, his book offers the most detailed account of life in North Korea throughout the late 90s and early 00s. His book really does describe a zombie-less zombie apocalypse. His book is essentially a study of the consequences and results of the disintegration of society and civilization:

How quickly we all changed! I was astonished by this. We readily took the step from innocent children to tough boys who plotted to deceive good people. And the ones who didn’t change simply disappeared. These were the boys and girls whose bodies you would smell in the tall grass as night fell and you went looking for a place to sleep.