Thursday, August 1: August’s exercise regime began immediately with a set of 37 push-ups as soon as I got up, and it continued with a late afternoon weights and cardio session: sides, lower back, calves, traps, and abs. The cardio session was a 10-minute run. I also walked 9.75 kilometers throughout the day. August has started well. 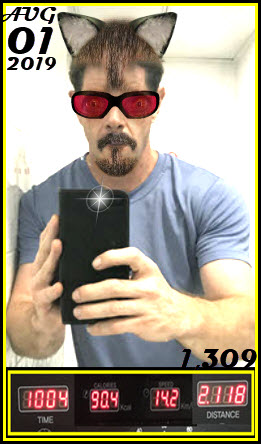 Saturday, August 3: I completed an hour weights in the afternoon: back, lats, biceps, traps, forearms, calves, hamstrings, sides, lower back, and abs. The intensity was down a little as I felt a slight twinge in my upper back muscles.

Sunday, August 4: A set of morning push-ups and I walked 19 kilometers in the evening.

Tuesday, August 6: 30-minutes of weights in the evening: back, biceps, lats, forearms, sides, and weightless squats. That twinge I felt in my upper back a few days ago was gone.

Wednesday, August 7: No gym today nor any morning push-ups. Instead, I walked a 13.6 kilometers after work.

Thursday, August 8: I started the day with 43 pre-shower push-ups. After work, I ran just over three kilometers in 15 minutes and then did some weightless squats, leg extensions, and calf raises. 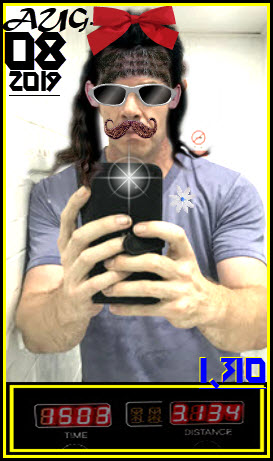 Saturday, August 10: Just time for a 30-minute workout as I fly home later today. I decided to try something different: a whole-body workout. I didn’t exercise each muscle that intensely, but I didn’t rest between sets. I might try those more often when I have more time.

Monday, August 12: My first workout at home was indeed a longer full body workout. I did all my usual exercises, some more intensely than others. The total workout time was 80 minutes, which was my longest weights session in years. There was again very little rest between sets, and as a result I felt quite fatigued by the end of it.

Tuesday, August 13: No weights, but I walked 10 kilometers.

Wednesday, August 14: Back in the gym for 40 minutes of weights (sides, lower back, abs, calves, weightless squats, and biceps) and a 3 kilometer run at a slightly slower pace. 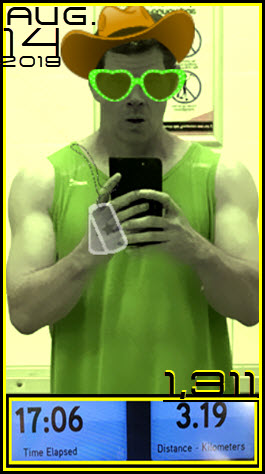 Friday, August 16: After a big and unnecessary breakfast, I hit the gym for 70 minutes of weights: back, lats, biceps, traps, calves, sides, lower back, abs, weightless squats, forearms, a set of push-ups, and a little shoulder workout.

Saturday, August 17: At the gym again for this last time in Canberra for a while: chest, shoulders, triceps, a little bicep work, some weightless squats, and a 5-minute run. 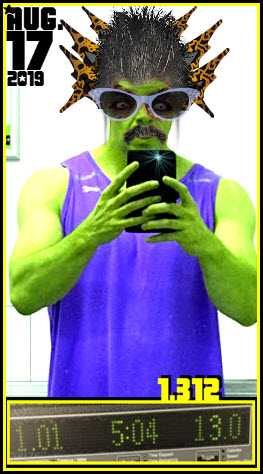 Wednesday, August 21: No gym workout, but I walked 11.5 kilometers around Kuala Lumpur. I ate far too much though.

Thursday, August 22: An hour of weights and a 5-minute run. I exercised most body parts, but some more than others. Chest, shoulders, and triceps were exercised the least. 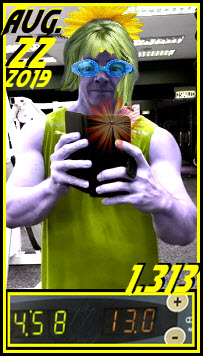 Friday, August 23: I started the day with two sets of push-ups just before my morning shower. I visited my hotel gym around 4 p.m. for a 10-minute run and a quick weights session: one more set of push ups and some shoulders, traps, and triceps work. And according to my step-counting app., I walked 11.5 kilometers. 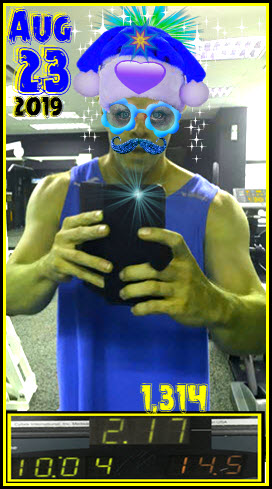 Saturday, August 24: The day again started with one set of push-ups. Thirty-seven were completed. In the evening, I completed a 35-minute weights session: lats, back, biceps, calves, weightless squats, and abs,

Sunday, August 25: I started the day with a 10-minute run. That may be my length of choice for the next few weeks. 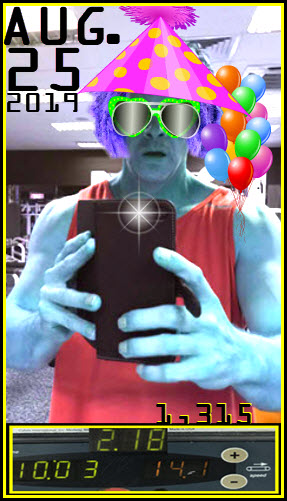 Monday, August 26: No gym today, but I did a few sets of push ups and a little shoulder work in my hotel room.

Tuesday, August 27: Back in Korea and back in my local gym in the evening for an hour of weights: chest, shoulders, triceps, traps, calves, weightless squats, hamstrings, sides, and lower back. I also did two sets of bicep curls as part of my “exercise more body parts more often” campaign.

Wednesday, August 28: A faster 10-minute was followed by just the one set of weightless squats.

Thursday, August 29: An hour of weights after the pre-semester faculty meeting: back, lats, biceps, sides, abs, hamstrings, and forearms. In addition, a set of lower back extensions, shoulder raises, weightless squats, and calf raises.

Friday, August 30: No gym today, but I instead walked 15 kilometers.