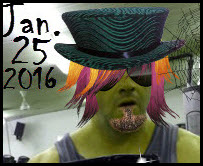 A new year and a new two-fold new year’s resolution to continue exercising as regularly as possible and to eat healthier. At least as far as free time goes, I’ll have plenty of time to exercise and hopefully start the year off well as I’m taking a wee break from work. The harder half of that resolution is the food part. I did lose a few kilograms towards the end of last year, but I could lose 8 or 9. I’ll keep that in mind as a year-long goal. Let’s call my present weight X and my goal weight as at December 31, 2016 X – 9. Let’s go…

Saturday, January 2: Exercise really started yesterday with some 4 hours of random walking around Seoul while listening to music and thinking about some articles I’m trying to write about my favourite cults. Walking isn’t really strenuous enough of an exercise diary, so I’ll not devote specific posts to my walks. Exercise resulting in sweat began on Jan. 2 as my gym was lazily closed on the first day of the new year.  A pure weights session focusing on my most neglected body parts felt like a good way to start the year: thighs, hamstrings, calves, inner thighs, sides, abs, lower abs, and lower back. All up, it was a 50-minute workout.

Sunday, January 3: I lifted my game with one of the most intense chest, shoulders, triceps, and traps workouts ever. I then took a 20-minute reading break before hopping on my favorite treadmill for the year’s first cardio session: 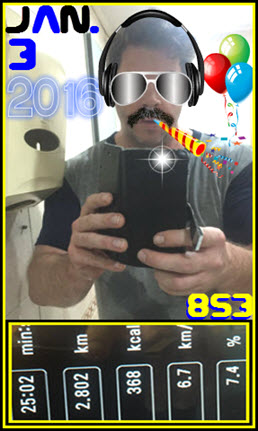 Monday, January 4: A planned super core and calves workout didn’t really eventuate. I did a few sets, but they were well below the intensity I had hoped for. It’s amazing how some emails which I replied to immediately can kill your focus. I then did some reading before a planned cardio session. A little too much reading as I ended up skipping the cardio workout altogether. So all up, a few sets of core exercises and calf raises. 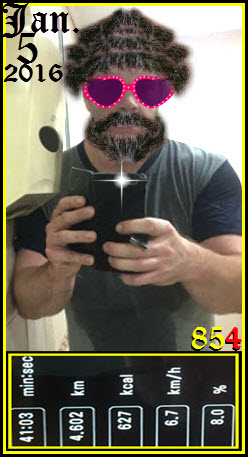 Sunday, January 10: Back in the gym after a lazy and totally excuseless 4-day absence. 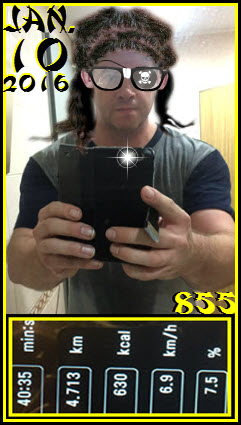 Tuesday, January 12: First back workout for the year: back, lats, biceps, calves, and core. 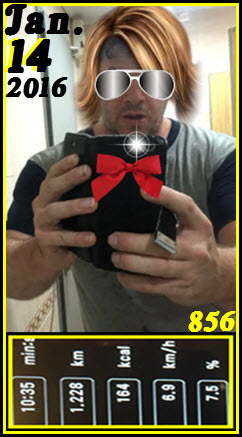 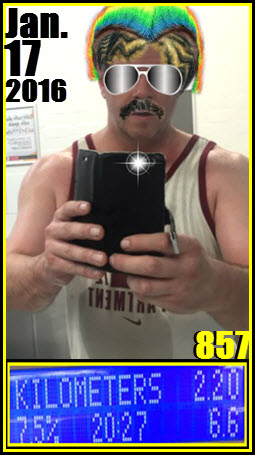 Tuesday, January 19: A rare early morning workout, but there may be more of those this week: back, biceps, lats, sides, lower abs, lower back, calves, thighs, hamstrings, and a short cardio session that ended with something that could almost be described as a sprint: 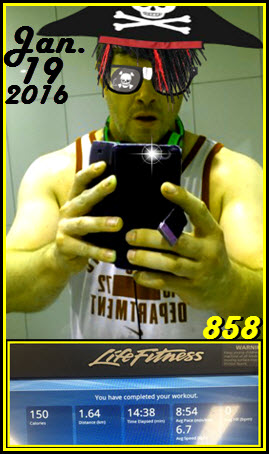 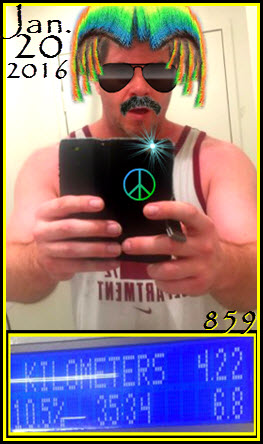 Thursday, January 21: A pretty unfocused chest, shoulders, triceps, and traps workout. I had intended to core today, but the gym I used doesn’t have my favourite incline thingy, so I was forced to change my plan. Still, it was better than no workout.

Friday, January 22: I watched some tennis if that counts.

Sunday, January 24: A double cardio session in the morning after a night of gluttony: 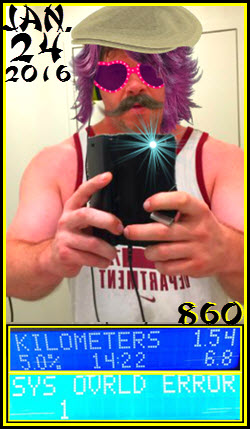 Monday, January 25: Cardio and weights: back, lats, traps, biceps, and lower back: 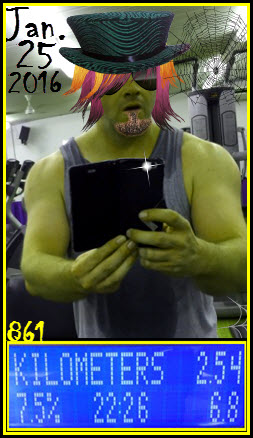 Wednesday, January 27: A longer cardio session today, which was just shy of 47 minutes: 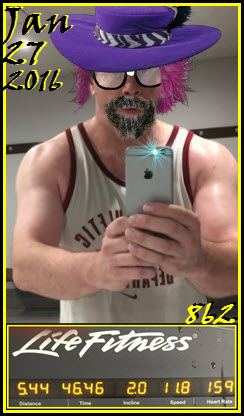 Thursday, January 28: A marathon 160-minute workout with a 20-minute protein shake and reading break for a much-needed rest. Chest, shoulders, triceps, traps, calves, 5-minute sprint, more calves, hamstrings, thighs, lower back, more shoulders, more traps, and more triceps! If only I had the time and energy to do that kind of workout twice a day: 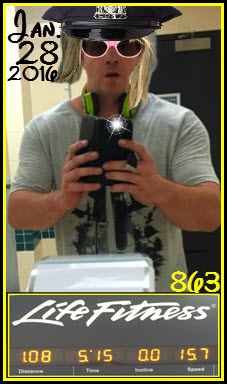 Saturday, January 30: My last workout for the month consisted of a 36-minute cardio workout (my 12th for the month) and a sides, lower abs, and light lower back workout: 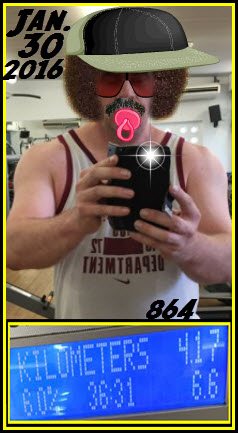