Wednesday, January 1: The year started strangely as I ate at a very odd hour after going to bed super early after a few days of not feeling 100%. The result was I ate pretty early in the morning at just before 4 a.m. It’s now 12 hours later, and I am starting the year with a dirty fast having already consumed a latte and a hot chocolate. Not exactly the start I had envisaged. The plan then today is to eat not too many calories. 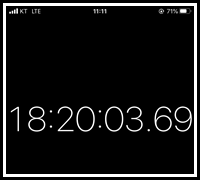 Thursday/Friday (Jan. 2 & 3): I started the fasting clock pretty early at 12:51 p.m. I have a gym session planned for later in the afternoon, so I may have something else today, perhaps a banana smoothie. I decided on a full meal after a solid hour of weights and cardio. The fasting clock began at 7:40 p.m. The fast ended at 11:52 p.m. when lunch was served at a work meeting. 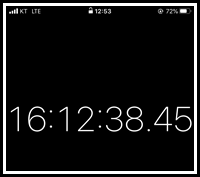 Friday/Saturday (Jan. 3 & 4): After that lunch, I had a banana smoothie with a touch of protein powder and then the fasting clock started at 3:22 p.m. I was hungry before bed, but I resisted eating, and after a good night’s sleep, my fast is currently at the 19.5-hour mark and I’m about to start a morning Americano. Breakfast at home later broke my longest fast of the year. 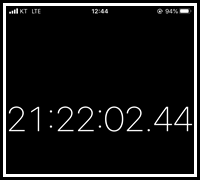 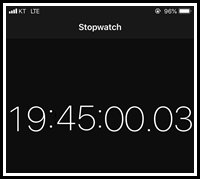 Sunday/Monday (Jan. 5 & 6): Sunday was essentially a one-meal day, and the fasting clock started at 4:35 p.m. I did have a white chocolate four hours later as I was in a cafe with work to do and the thought of a green tea wasn’t real appealing. The tentative plan is to go to the gym in the morning before work. The gym session didn’t happen, and I ate before bed time. Good old toast and honey. I regretted that in the morning when I still felt full and bloated, but it had been a long time since I had some yummy toast. This fast was consequently cancelled.

Monday/Tuesday (Jan. 6 & 7): I finished eating for the day at 5:30 p.m. with a latte and protein bar ahead of an expected long gym session. The gym session happened, and then I cheated a little bit with a few handfuls of nuts over night and a latte in the morning. The dirty fast was just a tad over 18 hours long. 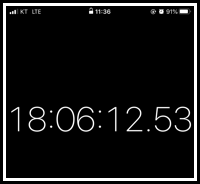 Tuesday/Wednesday (Jan. 7 & 8): A couple of snacks at work and then my fast started like yesterday after another latte and protein bar ahead of a gym session. This time, no snacking on nuts over night. I did have a few nuts, but fewer than last night. The day started again with a latte at around the 15-hour mark. Lunch at work broke a fast that was just a little longer then yesterdays. 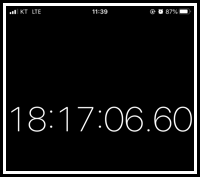 Wednesday/Thursday (Jan. 8 & 9): I ended the day’s calories again with a latte and protein bar just before 5:30. Well, I ate again after a gym session. I felt the need for a meal. Tonight’s fast is cancelled. I woke up feeling bloated and generally unhealthy. Ok, time to stop really late night feasts.

Thursday/Friday/Saturday (Jan. 9-11): The day began with another pre-class latte. The day’s calories ended at 5:50 p.m. I really need to get back on track. However, after an intense night weights session, I had a protein bar and then some granola and mixed nuts and some dried fruit. I finished that at 11:51 p.m. I may just attempt my longest fast ever. That means going all of Friday without any calories. I’ve never gone an actual day without eating before despite a few fasts more than 24 hours long. The morning started well with an Americano instead of a latte. There were a couple of close calls, but I actually wen the whole of Friday without eating. I had a bit of a headache overnight, but I didn’t feel particularly hungry. I broke my longest fast to date on Saturday morning with a banana smoothie at 8:26. Then a piece of dried mango and a small handful of cashew nuts. That fast not only broke my previous record by 4 hours, but it was also the first time I went a whole day of the week without eating anything. That had been quite a psychological barrier. At 1,955 minutes, the next goal is to pass the 2,000 minute barrier, which is 33 hours and 20 minutes. 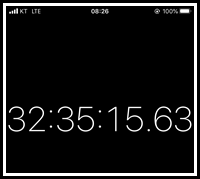 Saturday/Sunday (Jan. 11 & 12): I had a latte about an hour later. I still did’t feel hungry, so I went to the gym for a 2 kilometer run before my main meal of the day which was a big omelette served with potatoes, a small salad, and a pancake. Normally, that leave me feeling full, but not today. A hot chocolate and a strawberry cheesecake followed as dessert. The fasting clock started again at 1:25 p.m. With no plans tonight, I should be able to continue until sleep takes over tonight. I ended up eating 3 hours later and the fasting clock began again at 4:38 p.m. The ensuing fast was a decent one at 18.5 hours. It was, like yesterday, broken with a banana smoothie. 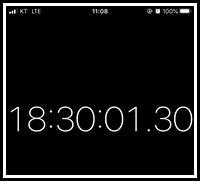 Sunday/Monday (Jan. 12 & 13): I had a meal soon after and then dinner at an Italian restaurant with a friend. The fasting clock started immediately after diner at exactly at 6:50 p.m. I am tentatively thinking about another longer fast. Hence, two hours after the fast started, I ordered a green tea when I really wanted a hot chocolate. My fast is now at 4.5 hours, and it’s nice to know I can go to sleep after some time has passed since my last meal. I really should avoid eating meals just before bed. I hate waking up feeling bloated and a few times I think those meals caused headaches that weren’t exactly mild. I’m at  my usual Starbucks before work and I just ordered an Americano, so this fast is at least continuing and is now approaching 13.5 hours. I made it to the end of the work day and then broke my fast just as it was approaching 23 hours. 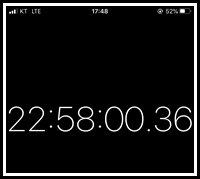 Tuesday/Wednesday (Jan. 14 & 15): Fast cancelled after walking 13 kilometers. This winter English camp is really messing with my eating and exercising schedule! 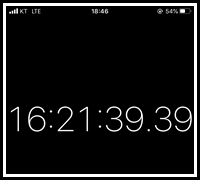 Friday/Saturday (Jan. 17 & 18): A lot of free food was consumed on the last day of camp. Too much free food in fact, but it was a good day. In bittersweet news, I saw photos of myself from the camp that showed the gradual weight gain of recent months. The plus side of that is that those photos have provided fresh inspiration to get back on track. I also received a few comments about my muscles. A nice reminder that going to the gym is paying off and also a reminder to not slacken off. The fast began at 6:47 p.m. 14.5 hours later, I just arrived at a Starbucks and I ordered a tall Americano. Today is the day I get back on track. I broke my fast at the 17-hour mark with a mocha and a protein bar. 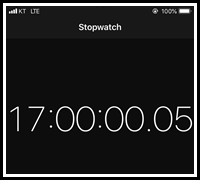 Saturday/Sunday (Jan. 18 & 19): Another fast was cancelled, but I didn’t eat much during the day. That lack of food though resulted in a late night meal after the Queen concert.

Sunday/Monday (Jan. 19 & 20): Sunday’s fast started at 12:26 p.m., and I think I’m going to try make it a really long one. I’m now 9.5 hours into it. My plans were dashed soon after when I bumped into an old friend and we decided to have a few beers. Another fast cancelled, but I didn’t eat too much in Monday.

Monday/Tuesday (Jan. 20 & 21): The fasting clock started at 2:07 p.m. It’s a dirty fast though as I had a small hot chocolate at around 9 p.m. and a few nuts before bed. I had another hot chocolate Tuesday morning at around 9:30. Breakfast was started just before 1 p.m., breaking  dirty fast of 22 hours and 40 minutes. 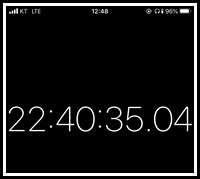 Tuesday/Wednesday (Jan. 21 & 22): It was essentially a one-meal day with the exception of a protein bar just after a solid hour of weights. The fasting clock started at 4:20 p.m. My fast just passed the eight hour mark, and now it’s time for bed. Another little cheat via a couple of handfuls of nuts. And then in the morning, I decided to start the day with food. That fast was broken after 15 hours and 42 minutes. 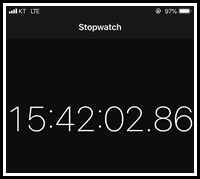 Wednesday/Thursday (Jan. 22 & 23): My fast started early at 10:33 p.m. and then after a workout 4 hours and 40 minutes later, I had a small chocolate mocha. That should be it for the day though. I finished that at 3:17 p.m. Not quite, as I had some nuts and some dried coconut before bed. Not much food, but it broke my fast. It’s now 9:30 a.m. and I’m having an Americano. At least the last 23 hours have been pretty low calorie and included exercise. I think that’s a good thing. I decided to consider the fast as starting after that post-workout cafe mocha, and since I had some nuts and a bit of dried coconut, this is a dirty fast. It’s still been a pretty long one though, and I certainly had that “now I’m really ready to eat feeling” that I had never had before starting all this. The dirty fast ended at 22 hours and 11 minutes. In the last 27 hours, I completed a pretty heavy workout and consumed just a small mocha, some nuts, and a few bits of dried coconut. 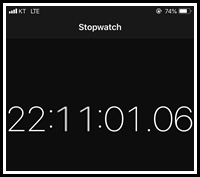 Thursday/Friday (Jan. 23 & 24): The fasting clock started at 2:15 p.m. I had a long one in mind, and that was the result. It was a relatively easy one that was aided by an Americano in the morning. 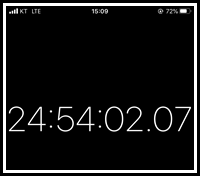 Friday/Saturday (Jan. 24 & 25): It was pretty much a one-meal day after that fast ended. I feel quite full now as I finished my meal. The fasting clock started at 4:25 p.m. Another long fast ensued and it was broken just after 21 hours. 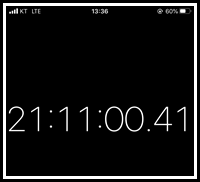 Saturday & Sunday (Jan. 25 & 26): The fasting clock started after a buffet lunch, and then I decided to eat again later at night. The resulting fast was exactly 1,000 minutes – 16 hours and 40 minutes. 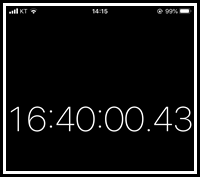 Sunday & Monday (Jan. 26 & 27): The fasting clock started again after a delicious Thai dinner. I then took a couple of day’s break.

Wednesday & Thursday (Jan, 29 & 30): I ate again at night and the fasting clock started late, and then I had a latte in the morning, and then lunch ended a dirty and short fast. 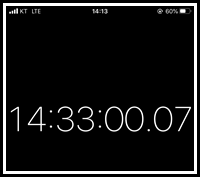 Thursday & Friday (Jan. 30 & 31): The fasting clock started at 3:39 p.m. With lots to do tomorrow – including buying a new iPhone, this fast should be a long one. I decided to break my fast during the 90-minute wait for the delivery to the store of my new iPhone 11 Max. 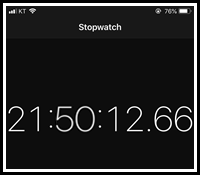 Friday, Jan. 31: A post-breakfast white hot chocolate that was all gone at 2:16 p.m. was perhaps the day and month’s last calories. It was not to be. A lemon tea was consumed in the evening, and I ended the month with another few handfuls of nuts. I should not have done that. I’ll try resist those midnight temptations next month.