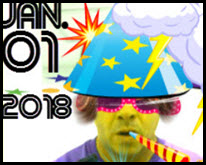 I completed  the most cardio sessions (167) in 2017 since 2010 (180), yet momentum was somehow regrettably lost, and I could have easily surpassed 180 If I hadn’t fallen off the wagon. Fortunately, the dawn of a new year is the perfect opportunity to promise myself a renewed commitment to regular and vigorous exercise. Success is certain, right? 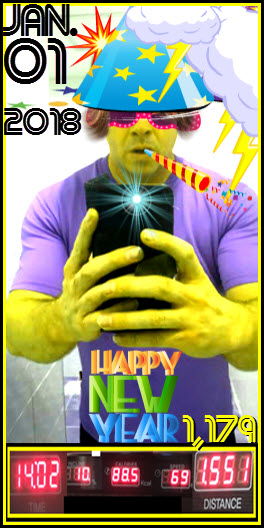 Tuesday, January 2: Long day at work resulted in no exercise at all. That’s OK.

Friday, January 5: Too busy again, but I’m OK with that.

Saturday, January 6:  A light core and calves workout before a 13-minute cardio session. 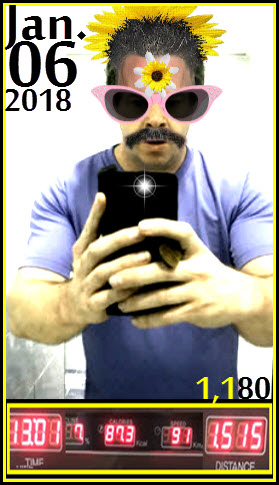 Sunday, January 7: I walked around 12 kilometers in the evening, and that kind of counts as exercise.

Monday, January 8: Too many teaching hours this week.

Tuesday, January 9: Too many teaching hours this week.

Wednesday, January 10:  Too many teaching hours this week.

Thursday, January 11: Too many teaching hours this week.

Friday, January 12: Too many teaching hours this week, but zero next week, so let’s get this show on the road.

Saturday, January 13: Short evening workout to hopefully get me back on track again: sides, abs, lower back, lats, calves, and biceps.

Sunday, January 14: No excuse for my lack of exercise today.

Tuesday, January 16: I bought an exercise bike! I had one when I lived in Daegu in quite a large apartment, but got rid of it when I moved to Seoul and into a much smaller apart… room. My current abode is a little bigger, and I figured it was exercise bike time again. I didn’t exercise today, but the bike purchase was a step back in the right direction.

Wednesday, January 17: I walked about 15 kilometers around Gangnam after I had my headphones repaired which was after I completed all the admin tasks related to my recent winter classes. My vacation has officially begun!

Thursday, January 18: On my exercise bike for the first time for a short  early-morning 10-minute ride. A nice start to the day. A day that will hopefully include more exercise – it didn’t. 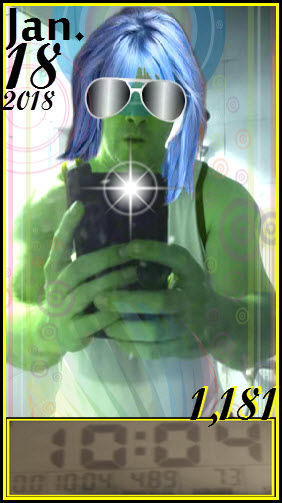 Saturday, January 20: Ditto. I was productive in other ways though.

Sunday, January 21: On my new exercise bike for the second time for 12 whole minutes. I later walked around 13 kilometers. 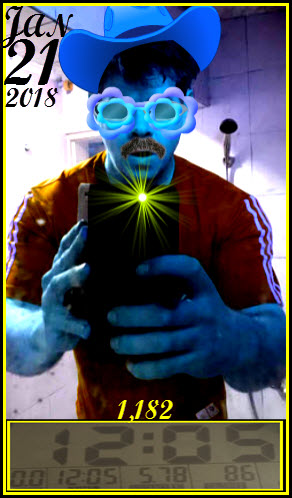 Monday, January 22: Best workout in a while, and I’m feeling like I’m back on track. My skipping rope came out, and I should never have put it away. 30 minutes of weights including two skipping sets (60 and 70): chest, shoulders, triceps, traps, and core. I ended with 12 steep treadmill minutes and a protein shake. 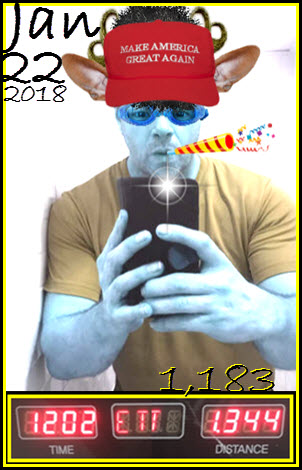 Tuesday, January 23: It was too cold to venture to the gym in the evening, so I hopped on my exercise bike for 14 minutes. 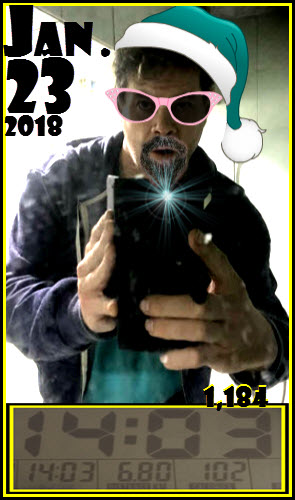 Thursday, January 25: Back in the gym for more weights, skipping, and cardio: sides, abs, lower back, biceps, calves, lats, and back. Three skipping sets of 90, 80, and 70 jumps. I wrapped things up with 10 steep treadmill minutes. 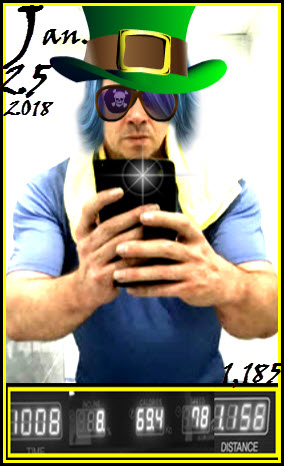 Friday, January 26: An exercise bike session was planned, but it never took place.

Saturday, January 27:  Back in the gym for another weights, skipping, and cardio session: sides, lower back, abs, calves, traps, and forearms. Three skipping sets of 110, 90, and 100 jumps. A short reading break before finishing up with 11 treadmill minutes. I like that combination of weights, skipping, reading, and treadmilling. Remind me to keep it up. 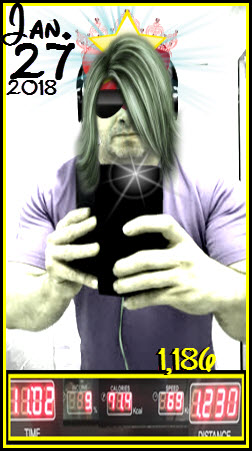 Sunday, January 28: Just a quick 12 minutes on my exercise bike after lunch: 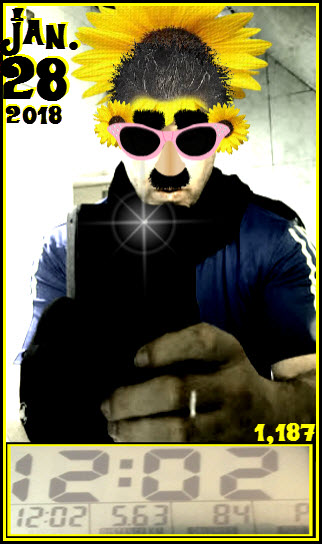 Monday, January 29: Another weights, skipping, and treadmill workout: chest, shoulders, triceps, abs, lower back, five skipping sets of 105, 60, 105, 80, and 100 jumps, and ten treadmill minutes.  I also walked around 13 kilometers throughout the cold day. Exercise wise, I feel I’m back on track. 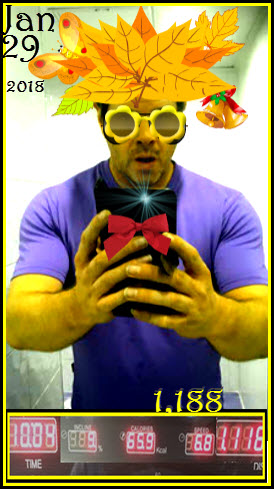 Tuesday, January 30: Another wee exercise bike session. Better than nothing: 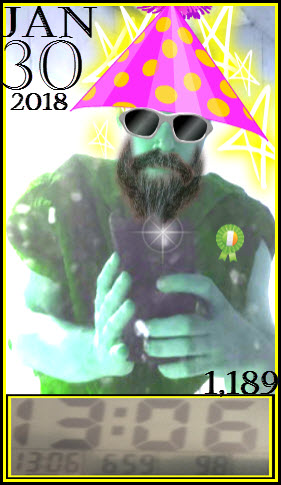 Wednesday, January 31: Up early and in the gym exercising before 7 am. Weights and skipping was the order of the day, and it was my hardest workout in months. I actually felt a little nauseous afterwards, and it’s been a long time since a workout had that affect! The workout consisted of sides, lower back, abs, traps, forearms, calves, thighs, inner thighs, hamstrings, and seven skipping sets of 135, 95, 125, 80, 110, 100, and 90 jumps – that’s 735 in total! No treadmill, but all that skipping definitaley counts as a cardio workout. If only every day started as early and productively. 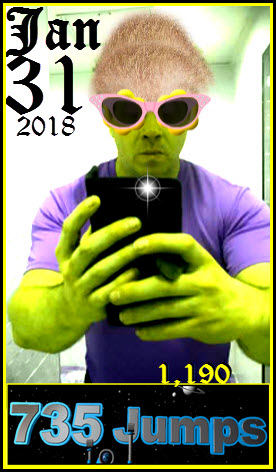