I started the year in the middle of the twelfe Wheel of Time book and also with two non-fiction books unfinished: Superintilligence (2014) by Nick Bolstrom and American Moonshot: John F. Kennedy and the Great Space Race (2019). I’m not sure when I’ll return to those, but being non-fiction, they are books I can more easily take breaks and read them piecemeal fashion.

Book 1: The Gathering Storm (2009) by Robert Jordan and Brandon Sanderson, as mentioned above, is the twelfe novel in The Wheel of Time series. It is also the first published after the passing of Robert Jordan. Well, the cover below doesn’t really capture the flavor of the story at all, but it is accurate in terms of that big hole in the house.  I finished the year about 46% into the book, and I am finding it slightly more readable than earlier books, but that could be because the climax of the whole 14-book (plus a prequel novel) is getting closer and closer. I certainly haven’t noticed any big changes in the style of writing. It took me 21 days to read the first 63% of the book and less than two days to finish it off.  Those final few hundred pages really had me hooked! (Read between December 19, 2021 & January 9, 2022) 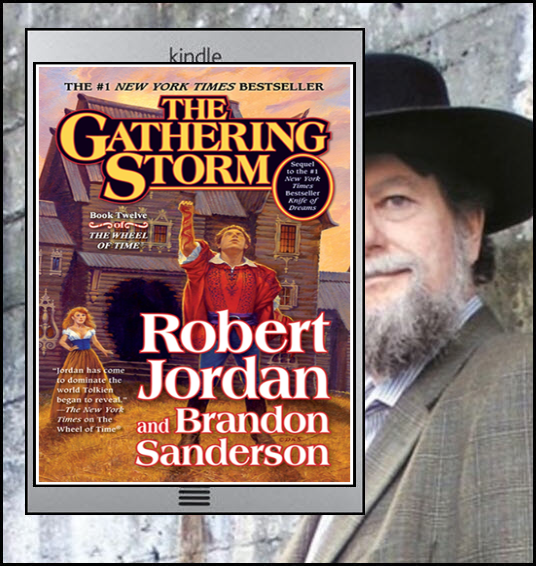 Book 2: Elder Race (2021) by Adrian Tchaikovsky was next. It’s a novella around 170 pages in length and I found it hard to put down, reading the first third in one sitting – or rather one lying. I finished a little after midnight. After the pretty long The Gathering Storm, it was nice to fly through a book in about 18 hours, and Adrian Tchaikovsky never disappoints. (Read between January 9 & 10) 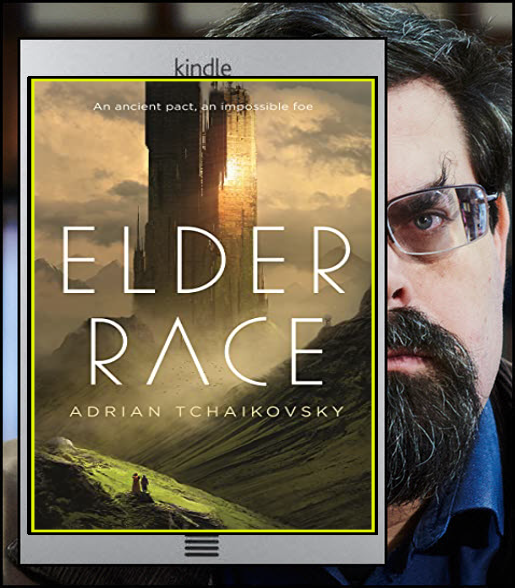 Book 3: Towers of Midnight (2010) by Robert Jordan and Brandon Sanderson was next as I jumped straight back into The Wheel of Time universe. This is the penultimate book in the series and I’m starting to feel a sense of sadness that my journey with its characters is drawing to a close. (Read between January 10 & …)