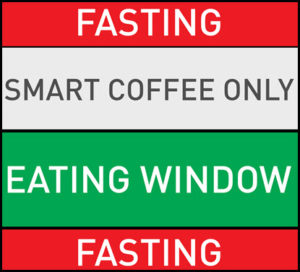 Friday, November 1: This needs to be the month I get back on track. After about a year of consistent fasting, I gradually lost that consistency over the past few months, and consistency is certainly the key. My current fast started at 7 p.m. last night, and I’ve at least made it to the minimum 16-hour mark. I’m in my favorite local cafe doing some work and sipping on an Americano. I’m not feeling hungry, so November is beginning well. I decided 17.5 hours was enough for this first November fast. 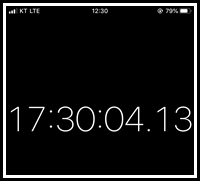 Friday/Saturday (Nov. 1 & 2): My fast began just a few minutes before 2 p.m. just as my Korean lesson began. I went to the gym in the evening and had a small hot chocolate afterwards. I had hoped to avoid dirty fasts, but I’m fine with the occasional small hot chocolate, especially after exercising. I broke my fast 19.25 hours later with just a cafe latte. Although my fast has finished, I’ll try have a low calorie morning and early afternoon. 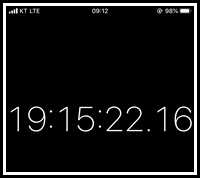 Saturday/Sunday (Nov. 2 & 3): Two hours after that latte, I was gifted a green tea muffin. I had that with a small latte. A late lunch was had after a workout. The fasting clock started at 3:39 p.m.  Four hours later, I had another hot chocolate while doing some more work again in  quiet cafe. A couple of beers a couple of hours later while watching some friends perform some music led to an 11:30 p.m. meal. In the morning, I had a latte and then a couple of hours later, I had a mocha. No solid foods yet, so I’ll continue on and consider this a dirty fast which began at the time of writing almost 14 hours ago. A little over an hour later, I called it quits with a protein shake. 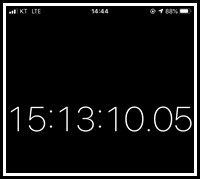 Sunday/Monday (Nov. 3 & 4): Most of Sunday’s calories were eaten in the evening with Italian food for dinner and then another late night cereal feast. The fast started at 11:40 p.m. The morning began with a latte and then my plan is not to eat until around 5 p.m.

Monday/Tuesday (Nov. 4 & 5): I didn’t take notes. I just recall there was a cancelled fast early in the week. Too many protein bars and not enough gym time.

Tuesday/Wednesday (Nov. 5 & 6): A shorter fast again that was broken in a cafe. 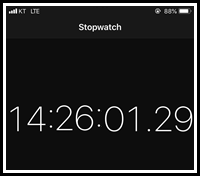 Wednesday/Thursday (Nov. 6 & 7): Another cafe breakfast before heading off to work. 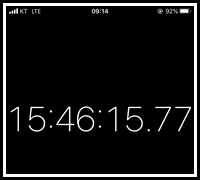 Thursday/Friday (Nov. 7 & 8): I ate quite a lot on Thursday, and still being hungry when I arrived home late at night, I decided to eat as Thursday became Friday. Friday’s fast began a a little after midnight. That late meal is hopefully my last meal before I get serious again about intermittent fasting. My fast is currently at 13 hours and 45 minutes. I’m at work having cancelled my Korean class across town. Another shortish fast of just under 16 hours was the result. 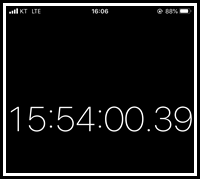 Friday/Saturday (Nov. 8 & 9): The rest of Friday went well until just before bed when I had a protein shake and some snacks. What was I thinking? Another fast cancelled.

Saturday/Sunday (Nov. 9 & 10): I started my next fast at 10:35 p.m. on Saturday night. It was another dirty fast as I had a latte but continued the fasting clock. Another shorter fast, but it was still a two-meal day. 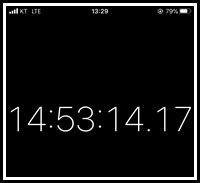 Sunday/Monday (Nov. 10 & 11): The fasting clock started at 6:47 p.m. It’s now 14.25 hours later, and I just finished an Americano at the Starbucks closest to work. I feel like today is the day I can get back on track. Long day ahead and I certainly have enough work to do to keep me busy and hopefully my mind off delicious food. The fast was 16 hours and 13 minutes. At least it was a clean one. 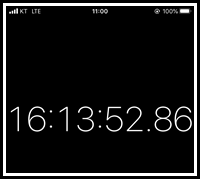 Monday/Tuesday (Nov. 11 & 12): I ate after work and then I had a protein shake before bed following my first gym session in a while. I had breakfast before going to work, so that’s another fast cancelled.

Tuesday/Wednesday (Nov. 12 & 13): The next fast was 16 hours and 10 minutes and well, it included a hot chocolate and a latte. I really need to get back on track. 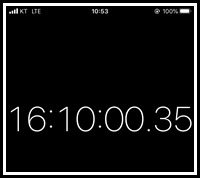 Wednesday/Thursday (Nov. 13 & 14): My fast started at 5:23 after a latte and that was about an hour after I finished some free snacks at today’s speech competition. After an evening workout, I had a hot chocolate to help me get through the last of my mid-term grading. And I ate again after midnight. I really should have resisted. Then I felt like breakfast just before work.

Thursday/Friday (Nov. 14 & 15): A green tea latte and a protein once at work and then  started the fasting clock at 11:18 a.m. I need to stick to this one, and maybe even exercise tomorrow morning in a fasted state. I ate again after work, but the resulting fast was a success at 17 hours and 50 minutes, and it felt really good to have that feeling of not having eaten for a while. I have been starting to feel a little heavier and bloated again. And that was my longest clean fast of the month, and it was quite an easy one. 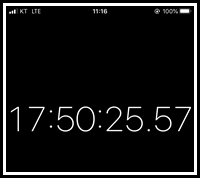 Friday/Saturday (Nov. 15 & 16): Friday’s fast began quite late as my band played in Itaewon. Truth be told, I ended the night at McDonald’s, but that was the first time in quite a while. To make up for a longer dirty fast was completed Saturday night. I had a mocha Saturday morning and then nothing until I got back from attending Martin Taylor’s concert. 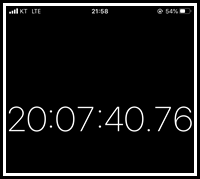 Saturday/Sunday (Nov. 16 & 17): Another dirty fast ensued with a small protein shake and then a latte. I am cheating a little by calling that a dirty fast but I can live with that. The first solid food to pass my lips this day broke a dirty fast of 17 hours and 11 minutes. 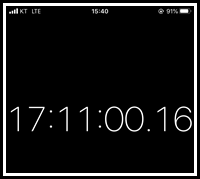 Sunday/Monday (Nov. 17 & 18): The fasting clock began just before 4 p.m. The plan is to exercise in the morning, but morning workouts haven’t exactly been happening of late.  The morning workout didn’t happen as I went to bed later than planned. I also had a latte in the evening.  Breakfast broke a dirty fast of 18 hours and 28 minutes. 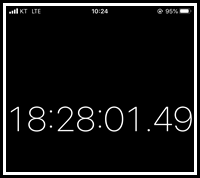 Monday/Tuesday (Nov. 18 & 19): After weights in the evening, I ended up eating a protein bar in the early hours. Another fast cancelled, but I’m glad it wasn’t cancelled due to over-eating.

Tuesday/Wednesday (Nov. 19 & 20): The fasting clock started just before 11 a.m., but I had a hot chocolate while killing time for my 6 p.m. appointment. I then had a banana smoothie when I got home at around 9 p.m. I’ll restart the fasting clock, but my plan is to have a latte in the morning and then a healthy salad lunch ahead of a workout after class.

Thursday/Friday (Nov. 21 & 22): I finished eating around lunch time, and then I had a hot chocolate in the evening. I then couldn’t resist another midnight snack. I then had breakfast just before noon on Friday before my Korean lesson.

Friday/Saturday (Nov. 22 & 23): A banana smoothie was consumed before my band’s performance and being a late night that included some beer, I ate before bed, which was around 3 a.m. I ate about 12 hours later as I didn’t want to feel hungry during tonight’s Steve Vai and friends concert. Perhaps an excuse, but I am planning to begin fasting again afterwards.

Saturday/Sunday (Nov. 23 & 24): I did indeed begin fasting after that one meal, and after the concert I had a hot chocolate. Breakfast the next morning, which was a protein shake, broke a dirty fast of 18 hours. 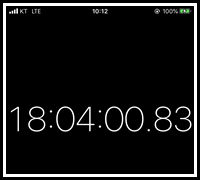 Sunday/Monday (Nov. 24 & 25): I had some cereal and mixed nuts and sultanas a little later and then a latte at a local cafe. The fasting clock started at 11:37 a.m. I had a hot chocolate 6.5 hours later as I worked in a cafe. Another dirty fast coming up. I may just exercise first thing in the morning. I didn’t exercise in the morning, but I did exercise in the evening. On the fasting front, well, I cancelled it upon arriving at work. It was still a day of not too many calories though.

Monday/Tuesday (Nov. 25 & 26): The fasting clock started after dinner at 6:28 p.m. I did weights in the evening and then walked about 8 kilometers before breakfast. That was a solid and necessary fast of 17 hours and 40 minutes. 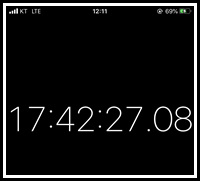 Tuesday/Wednesday (Nov. 26 & 27): The fasting clock started just before my first class. I did have a hot chocolate 4.5 hours later to help get me through the evening, but I think that will be it until tomorrow morning or maybe even tomorrow afternoon. I ended up eating late at night again. The fasting clock started at 10:35 p.m. I came to regret that as I felt bloated throughout the night and I woke up with a wee headache. That seems to happen when I eat a meal late at night. I had a latte at around 10:30 p.m., and I hope to not eat until this evening or maybe even tomorrow. I changed my mind and had a protein bar 14 hours into today’s dirty fast. 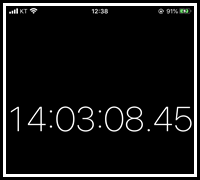 Wednesday/Thursday (Nov. 27 & 28): I’m not only not fasting as long as before, those shorter fasts are often dirty ones that include a latte or hot chocolate, and I have been neglecting to write each day. November was supposed to be the month I get back on track. Instead, I’m further off track and the month is all but over. 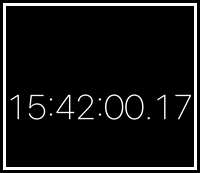 Thursday/Friday (Nov. 28 & 29): The fast initially started just before 11 a.m. I ended up having dinner, but it was seven hours later, so that’s something of a fast fast at least. The real fast that ended Friday morning was another fast dirtied by a yummy latte as I did some work in a cafe. 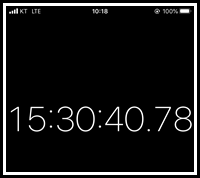 Friday/Saturday (Nov. 29 & 30): Today should just be a two-meal day, and the second of those meals will be the annual Thanksgiving work dinner. There will be lots of food to be had. I hope to avoid alcohol, not eat too much, and then go to the gym afterwards. I didn’t go to the gym afterwards, but I did resist alcohol. I ate more than I needed too – it was probably my biggest meal since last Thanksgiving, but it was amazing. The fasting clock started at 7:17 p.m. I had a hot chocolate at 9:10 p.m. I may reset the fasting clock to reflect that.  And I did. It’s now Saturday morning, and I’m sipping on an Americano while doing a little work at a Starbucks. I almost ordered a latte – and I really wanted to – but thankfully the words “hot” and “Americano” and “please” came out of my mouth. Two and half hours later, I had a tall cafe mocha at another Starbucks. The plan is to exercise before eating again. That also happened. I broke my last fast of the month with toast with avocado and egg. That goes down in the books as a dirty fast of 19 hours and 7 minutes. 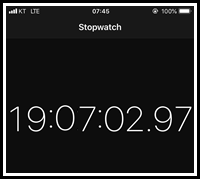 Saturday, Nov. 30: I finished eating a little later and I began my next fast at 5:12 p.m. That should be it for the month in terms of food. It’s now 10:21 p.m., and so far so good. I made it to midnight. Well, November was a bit of a failure. I fasted less, only managed four cardio sessions, and I gained a little weight. December will be better.